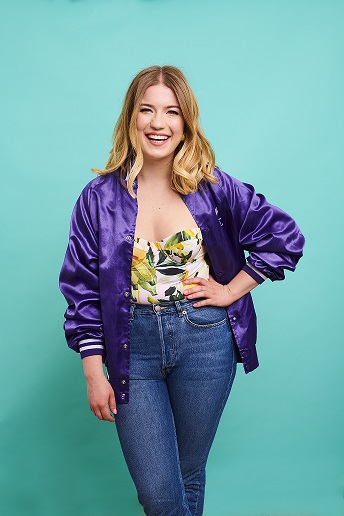 Berk’s Nest and Hannah Layton Management are delighted to announce that Olga Koch will embark on a UK 2020 tour with her sophomore hour If/Then, following an Edinburgh Comedy Awards nomination in 2018.

Fresh from a sell-out run with extra dates added at the Edinburgh Fringe 2019, If/Then sees Olga hilariously telling a love story through the unorthodox medium of computer science. In this feminist investigation into what happens when we can’t separate emotion and technology, Olga will teach you how to code, and explore what happens when our expectations for romance, happiness and Michael Bublé no longer compute.

Like pioneering computer scientists Grace Hopper and Dorothy Vaughan before her, Olga examines how being an exception might not be so exceptional after all.

Amidst a wave of acclaim and accolades, Olga was nominated for the Best Newcomer Award at the 2018 Edinburgh Fringe with her debut hour, FIGHT – a multimedia extravaganza that took her audience through the making of modern Russia. The show went on to have a successful 2019 UK tour, after transferring to London’s Soho Theatre. It has since been commissioned and aired as a special for BBC Radio 4 and is being adapted as a sitcom for TV. Olga has also appeared on the BBC’s New Year’s Comedy Show as well as Mock The Week and will soon appear in primetime BBC One series King Gary and Channel 4’s Sparks. If/Then is currently in development for TV adaptation and Olga will be supporting Ellie Taylor, Suzi Ruffell and Stewart Francis on tour later this year.

Tickets on sale at:  www.rocknrolga.com