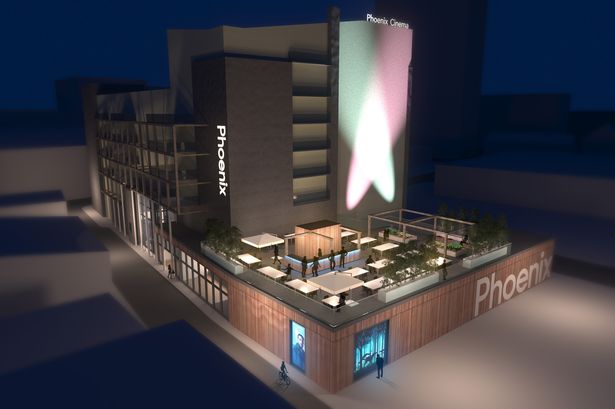 Phoenix cinema and art centre has been awarded a ‘Capital Kickstart’ grant of £645,586 in support of the charity’s Phoenix 2020 expansion plans. The Capital Kickstart award is designed to support cultural organisations which have already been awarded capital grants by Arts Council, but whose projects have been delayed by Covid-19. Phoenix was awarded £4 million of National Lottery money towards the project by Arts Council in April 2019.

Originally planned for completion this year, the Phoenix 2020 project aims to double participation in arts, cinema and creativity over five years by expanding the charity’s city centre venue. It is expected to make a valuable contribution to the local economy through increased visitor spending and enhanced support for local artists and creative businesses.

Like most cultural venues, Phoenix has been badly hit by Covid-19. Since 17 March the venue has been open only 29 days which has had a big impact on the many people who visit Phoenix, as well as artists, filmmakers and the many small local businesses that supply the charity.

Phoenix has continued to pursue funding for Phoenix 2020 whilst closed. In October, it was awarded a further £400,000 as one of a number of economic priorities announced by the Leicester and Leicestershire Enterprise Partnership.

John Rance, CEO of Phoenix, said: “We are currently working with our architects and construction partners to develop the final plans and costings for Phoenix 2020, whilst continuing our fundraising efforts. Covid-19 has caused delays and disruptions to the project, but we remain committed to making Phoenix 2020 happen and have the continued support of our stakeholders and funders. The award of the Kickstart funding means the project is much more likely to go ahead.

“We have been heartened by the many hundreds of individual donations we have received from our customers, as well as public funding from Arts Council England, and our other stakeholders.”