Sooty Sweeps into Leicester this Month 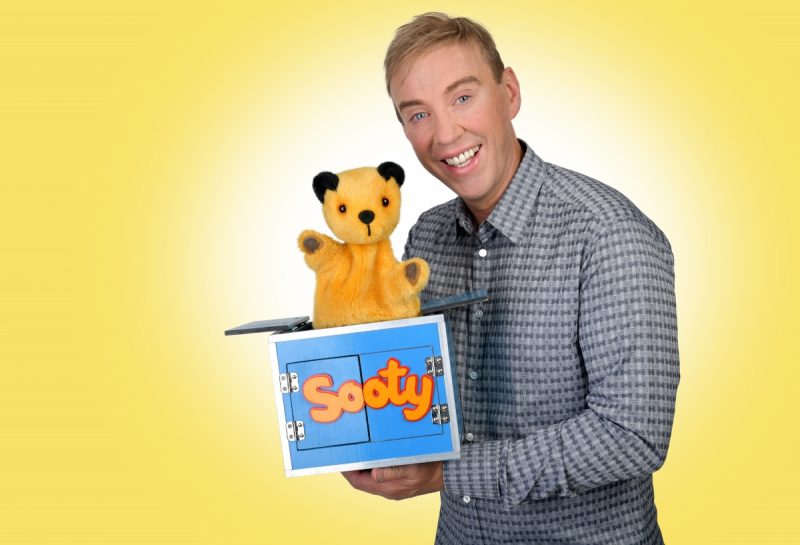 Following an exciting 2018 in which SOOTY celebrated his 70th BIRTHDAY, the nation’s favourite yellow magic bear is pleased to announce that he’ll be joined by Sweep, Soo and his TV pal Richard Cadell in Leicester this month.

Sooty was very busy in 2018 – celebrating his 70th birthday last year, saw him put out a brand-new series of The Sooty Show on ITVBe, putting on a huge birthday celebration on Blackpool Pier in July and then performing with Sweep for Prince Charles (who also celebrated his 70th birthday in 2018!). Sooty can’t wait to get back to doing what he loves the most this Spring – performing in theatres for children up and down the country. 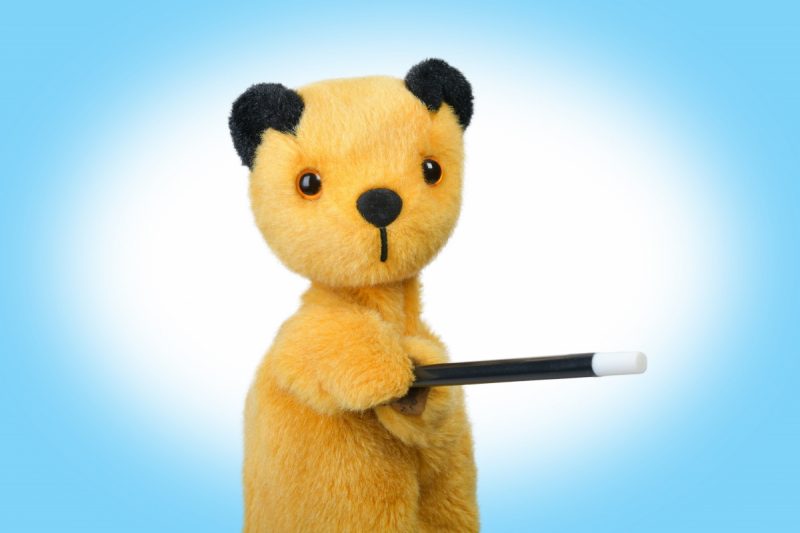 Sooty’s Magic Show will amaze you with impossible tricks – be astounded at Sooty’s flying car, Soo’s singing unicorn and Sweep’s levitating sausage! With special guests, circus star Michael Jordan and the ultraviolet specialities of Fantasie de la Nuit, Sooty’s Magic Show is set to be a spectacular treat for the whole family and even includes a chance to meet Richard and Sooty after the show!

In July 2018, Sooty celebrated 70 years of entertaining children by heading back to Blackpool North Pier, where Sooty was discovered, to host a free birthday party and celebrate in style. Sooty’s Blackpool bash included lots of fun and games for families and a special live performance of The Sooty Show, with all proceeds from the performance going to the local hospice Donna’s Dreamhouse, NHS Teaching Hospital Blackpool and Sooty’s long-standing charity partner, The Royal National Institute of Blind People. In addition to this, a 50-foot-high projection of Sooty was projected onto Blackpool Tower as part of their 2018 illuminations. 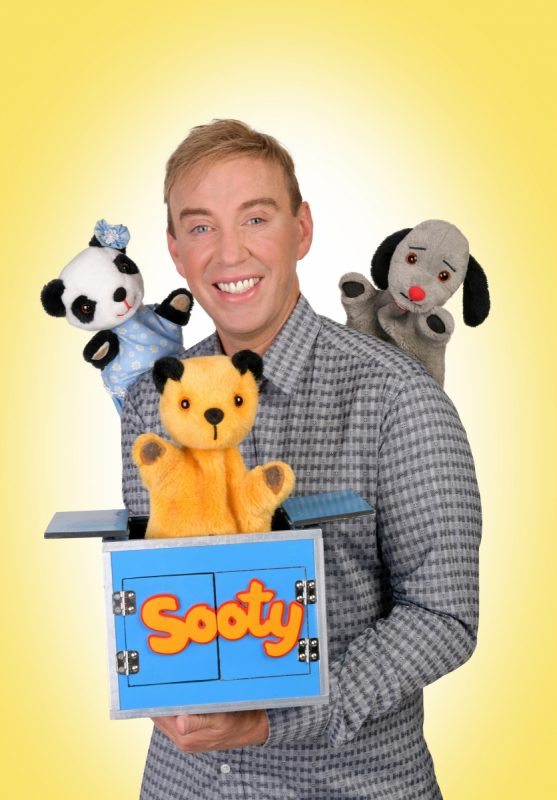 Sooty’s birthday celebrations continued into September 2018 with Sooty and the gang’s announcement of a brand-new television series on ITVBe. This marked 50 years since The Sooty Show first appeared on ITV in 1968! The new episodes saw Sooty, Sweep and Soo enjoying a whole host of different adventures and included top celebrity cameos from Peter Andre, Lisa Riley, John Challis and Steps star Faye Tozer.

Sooty was not the only one to celebrate a 70th birthday in 2018 – in November HRH Prince Charles also celebrated his! As part of The Duke of Cornwall’s celebrations, Sooty joined HRH and a host of magicians and comedians at the London Palladium as part of ITV’s ‘We Are Most Amused and Amazed’ – an exciting celebration of comedy and magic for Prince Charles, in aid of The Prince’s Trust Charity.

If all that wasn’t enough, throughout December Sooty and Richard Cadell starred as The Jester & Sooty in Wolverhampton Grand Theatre’s 2018 ‘Sleeping Beauty’ pantomime.