The Access Group raises over £370,000 for National Deaf Children’s Society 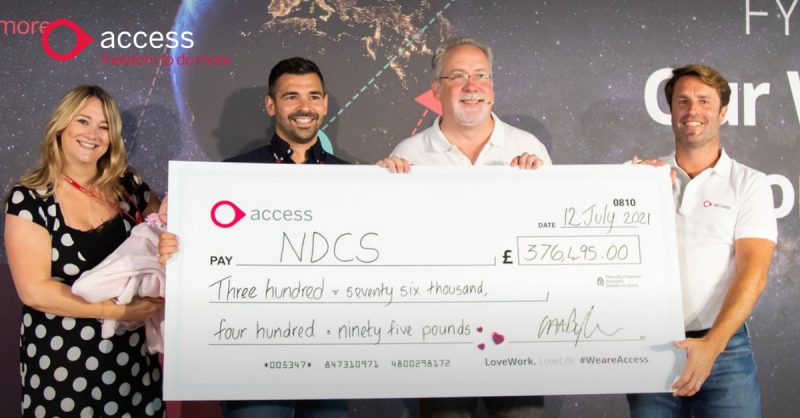 Leading business software provider, The Access Group, based in Loughborough, has raised a total of £376,495 for the National Deaf Children’s Society as its chosen Charity of The Year.

A leading charity for the UK’s 50,000 deaf children, the National Deaf Children’s Society specialises in providing support, information and advice for deaf children and young people and their families, as well as advice for professionals working with them.

Access employees voted for the National Deaf Children’s Society as their charity of the year after a compelling nomination from two Access employees, Adam and Kayleigh Freeman, whose three-year-old son Henry was born profoundly deaf and had received life-changing support from the charity. The funds raised were a culmination of two years of fundraising by the Access team, with each pound raised matched by The Access Group. Despite the ongoing pandemic the team took part in a wide range of activities including Olympic-distance triathlons, swimming the distance of the English Channel and a group skydive which raised £10,000 alone.

Henry’s parents commented “We’re still in shock with the amount of money raised. It’s a cause extremely close to our hearts and the money raised will have so much impact on the lives of so many children and their families. They provide services not available on the NHS or as a government funded programme, such as British Sign Language (BSL) lessons. Henry received BSL lessons as did we, along with his grandparents too. The National Deaf Children’s Society literally transforms lives. They’re a light in the darkness and for that we’ll be forever grateful and it’s lovely that the company we love so much in Access, can do such amazing things for a charity that has helped us so much personally.”

The funds raised will help the National Deaf Children’s Society to continue providing a range of vital services for deaf children and young people and their families. In addition, the money raised could also fund some of the charity’s initiatives, such as Deaf Works Everywhere, the charity’s campaign to support deaf young people to achieve fulfilling careers, Deaf Child Worldwide, which helps deaf children and young people access education in some of the world’s most disadvantaged communities, and the Make a Change Fund, which awards grants to deaf young people for community projects. 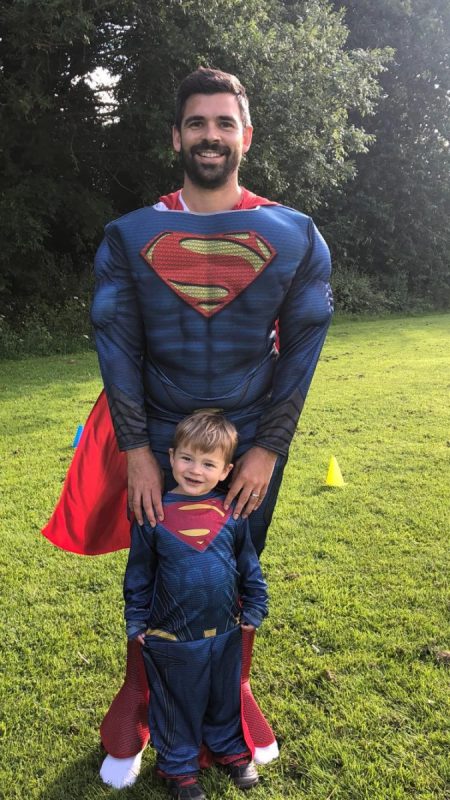 The Access Group will also be providing further support for the National Deaf Children’s Society team by sharing their expertise in business software solutions on a pro bono basis. In return, the charity has been delivering deaf awareness and British Sign Language workshops to The Access Group staff.

Chris Bayne, CEO of The Access Group, said: “I am astounded by the amount our people have raised for the National Deaf Children’s Society, a charity that is so important to us.  It’s a testament to how much the team has been touched by Henry’s story as well as how other children are affected by deafness in the UK.

“Giving back is something that’s so important to us as a business which is why we elect a Charity of the Year. Giving our people the chance to decide which charity to support always makes it that extra bit special as it means the whole team can get behind a cause they’re really passionate about. The National Deaf Children’s Society does such vital work to support deaf children, and we’ve seen firsthand how they’ve supported Adam, Kayleigh and Henry. We’re so pleased to be able play our part in helping the charity continue its great work. An exciting new Access Foundation will be launched this year giving us the opportunity to expand our charitable support in the UK and the Asia-Pacific region.”

“I’d like to say a huge thank you to everyone at The Access Group for a truly fantastic partnership. It’s been an absolute pleasure to have worked with you over the past couple of years.

“The astonishing sum you’ve raised will enable us to carry on building a world without barriers for every deaf child, from providing parenting courses for the families of deaf children, to supporting deaf schoolchildren through our dynamic roadshow, to giving sign language lessons to teachers in India.

“Finally, I’d like to give a big shout-out to little Henry, who has kept us all inspired and entertained throughout lockdown, and his wonderful parents, Kayleigh and Adam. Without them, this incredible partnership may never have happened.”