The Leicester Philharmonic choir needs you! 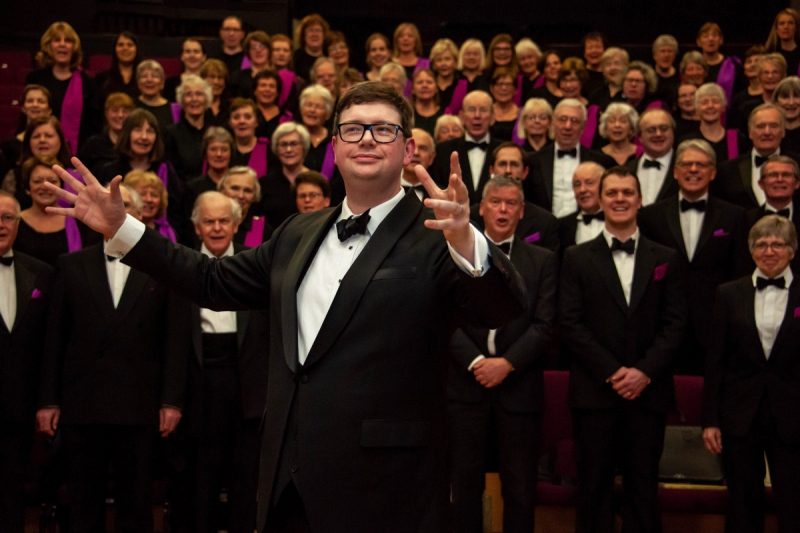 The ‘Come and Sing’ performance held at the Trinity Methodist Centre, welcomed members of the public to join with a small number of regular choir members to rehearse and then perform Stainer’s Crucifixion. During the day, organisers report they even managed to raise £110 for Rainbows Hospice, their chosen charity, with kind donations from those in attendance.

Musical Director of the Leicester Philharmonic Choir, or the Phil as it is affectionately known, is Dr Stephen Bullamore. He says that the event demonstrated there is a wealth of talent in Leicestershire. “The Come and Sing concert went really well. We had a good mix of experienced singers and those who were dipping a toe in the water. I think that anyone who was singing that day would be an asset to the Phil. Everyone seemed very responsive to what was asked of them musically and there were some really stunning voices too!”

The event was a musical tour de force with an afternoon of rehearsals, followed by a public performance on the same evening! To sustain the guest singers, regular choir members even provided delicious homemade cakes for all who attended, a tradition the friendly Phil choir is known for at such events.

Dr Bullamore said that despite only meeting each other that day, the concert was a great success. “It was a great day and the performance went really well.  Our young soloists acquitted themselves very convincingly and the music was coloured beautifully by our organist Mike Dutton. The audience were mainly friends of those who sang; they enjoyed hearing what their friends had achieved in such a short space of time.”

Now Dr Bullamore says he is keen to  seek out singers in Leicestershire who might be interested in joining the choir. “Pretty much everyone can sing and often it can only take a few pointers to reveal a really special talent.” Dr Bullamore says that apart from the well documented health benefits to singing regularly, the choir offers companionship with fellow singers and a chance to be a part of some outstanding musical experiences. “Music has the ability to carry and enhance the emotion inherent in any text. When a choir really gets hold of a passage and lifts it, it is the most intense and magical feeling in the world.”

Dr Bullamore says that he would welcome contact from anyone thinking about joining a choir. “Whether you’re looking for a choir to join and want to see what it’s like, or whether you just want a nice day out singing, it’s a great opportunity to stretch your vocal chords and meet up with like-minded people. I would urge anyone toying with the idea to just go for it! Get in touch with us!”