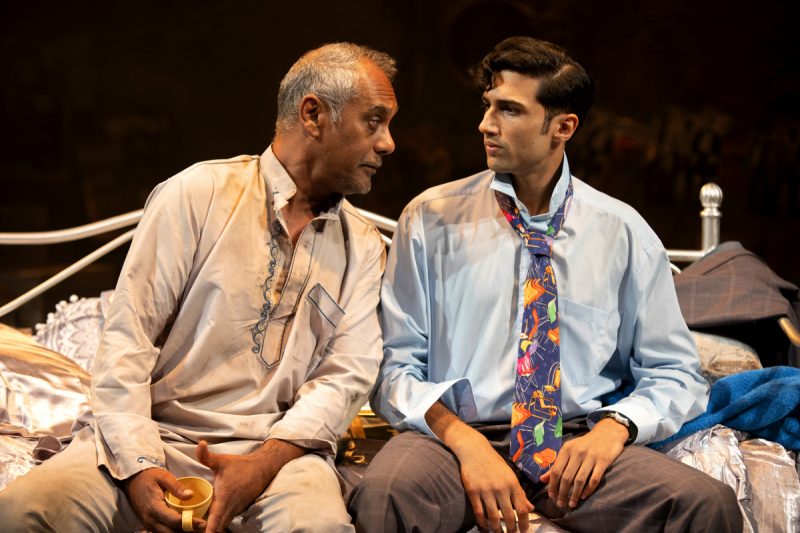 Leicester’s Curve theatre has announced a host of online initiatives to bring theatre into audiences’ homes during lockdown.

The theatre, which has announced it will not open any sooner than Monday 1st June, has created a range of new online content for audiences, as well as sharing past work digitally.

This activity sits alongside a recent campaign launched by Curve, Rainbows of Curve, which calls upon people around the world to share their Rainbows of Hope images with the theatre by emailing [email protected]. These images will form part of the set design for Curve’s Christmas production of The Wizard of Oz.

“In these extraordinary and unprecedented times, we are more mindful than ever of the role we play in our community. Our purpose, as ever, is to entertain, educate and inspire and even though the doors to our amazing building may be closed, we remain committed to connecting with our audiences and Curve community.

“It’s thrilling to know thousands of people across the globe are now enjoying archive recordings of our Made at Curve productions, learning from leading theatre-makers and are taking part in our activities online. All of this content is available for free, but as a registered charity, any support people are able to give would be gratefully received and hugely appreciated.

“We cannot wait to welcome our communities back into our building, but until then, we’re proud Curve ensures the show must go online!”

Since lockdown began, Curve has led the way for regional theatre with online screenings of many critically acclaimed productions. Previously released screenings of Made at Curve productions of Memoirs of an Asian Football Casual and The Importance of Being Earnest (co-produced with Birmingham Repertory Theatre) will now be available throughout the period of time the venue is closed. These archive recordings have already been viewed by almost 17,000 people across six continents.

The next production to be released online is Curve’s production of Joe Orton’s What The Butler Saw (co-produced with Theatre Royal Bath) which will be available online on Sunday 19th April from 7pm. More titles will be announced in the coming weeks, including highlights from Hanif Kureishi’s My Beautiful Laundrette (co-produced with Belgrade Theatre Coventry, Everyman Theatre Cheltenham and Leeds Playhouse). Curve will also be releasing videos of its popular Curve Season Previews.

The theatre is also launching Curve In Conversation, which sees Artistic Director Nikolai Foster hosting in-depth interviews with leading creatives and performers. These will be released every Wednesday and Friday and will be available as videos and podcasts. The first of these interviews is already live, with Nikolai interviewing writer Hanif Kureishi. Today (Friday 17th April), an interview with legendary West End actress Jodie Prenger will be uploaded. Future interviewees include Anita Dobson, Stephen Mear, Lesley Joseph, Akram Khan, Sarah Travis, Ben Cracknell, Michael Harrison, Kay Magson, Grant Olding, Arlene Phillips, Dakota Blue Richards, Catherine Russell, Colin Richmond and Cathy Tyson. Artistic Director Nikolai Foster and Chief Executive Chris Stafford will also be interviewing each other, giving audiences an insight into what it is like to run a regional powerhouse like Curve.

Conversations will also extend to social media, with audiences given the opportunity to ask leading figures in the industry questions via Instagram Live Q&As. These will be hosted at 4pm every Friday (Thursday on Bank Holiday weekends) and upcoming guests include Jonny Fines and Djalenga Scott, Sheep Soup, Lucie Jones, Carly Mercedes Dyer and Jamie Muscato.

Keeping in contact with its Curve Young Company performers and community members, the theatre is calling on people to get creative and send videos of drama, dances, music and more they’re making at home for Curve to share with audiences online.

There will also be a wealth of content for children and families during these challenging times. As well as re-releasing past education packs to support learning around its Made at Curve productions, Curve will be launching Bedtime Stories read by actors such as Cathy Tyson and Mark Peachey. These videos will include readings of classic and new children’s stories to assist with home schooling. Curve has also created a Children’s Activity Pack, inspired by previous Made at Curve family shows such as Roald Dahl’s George’s Marvellous Medicine, Dr. Seuss’ The Cat In The Hat and Giles Andreae and Guy Parker-Rees’ Giraffes Can’t Dance.

Whilst all these initiatives are free, as a registered charity, if audiences would like to support Curve, and all the work they do both on and off stage, and so they can continue to thrive in the future, a discretionary donation can be made here.