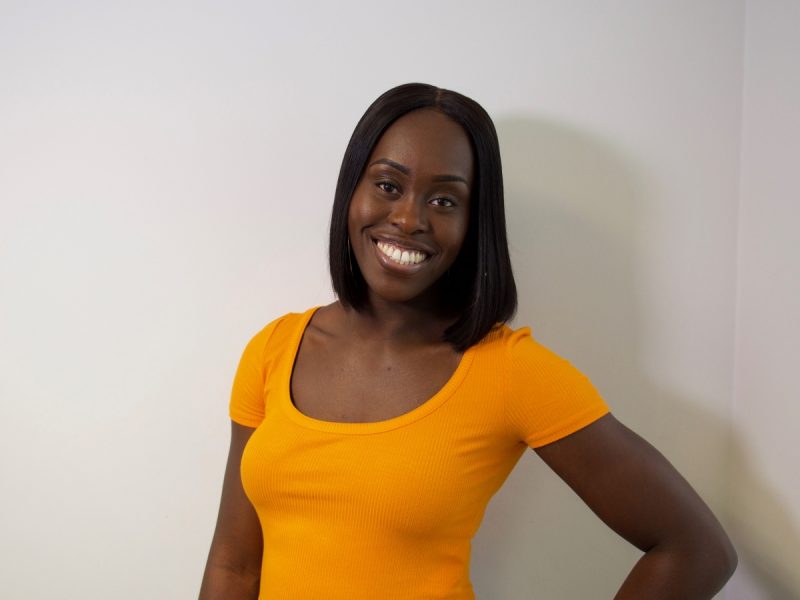 A vivacious theatre graduate, who works in workplace training, has landed her dream job presenting for BBC Radio Leicester. Aminata Kamara, 29, from Leicester is the fresh voice of the Wednesday night show, which is relaunching as The Vibe.

She promises to talk about the topics that matter to listeners ‘with a dash of drama, a hit of sauce and whole heap of realness!’

In May BBC Radio Leicester held open auditions to find original talent to front the Wednesday night programme, aimed at African and Caribbean audiences, which will also be broadcast on Radio2Funky, Leicester’s only radio station dedicated to Black music and arts. After a tough blind audition process to impress producers from BBC Radio Leicester, BBC 1Xtra and Radio2Funky, and a final which required a live on-air demo, Aminata was selected.

Aminata moved to Leicester from London in 2008 to study drama. Since then she’s directed and researched live theatre productions, travelled East Africa, worked for TwentyTwenty – a charity supporting disadvantaged young people in Leicester and Loughborough – and become a mum. Her daughter is now three-years-old.

She says: “I knew as soon as I heard about this opportunity I had to audition. I loved how practical the process was. It wasn’t about words on paper, it was about my ability to do the job, showcase my skills, and it gave me chance to be my bubbly self. I am thrilled beyond words and 110% ready for this new chapter. I can’t wait to bring something fresh and exciting to BBC Leicester!”

Aminata has secured a 12-month contract to host the Wednesday evening show which will reflect and resonate with the Black communities of Leicestershire. Her show will be a heart-warming blend of meaningful discussion and proper belly laughs – as well her favourite Black-inspired music.

Sophie Shardlow, editor of BBC Radio Leicester says, “Aminata is a natural presenter. She’s warm, fun and someone you could easily pour your heart out to. The open audition process allowed us to find fresh talent we couldn’t have dreamed of finding through traditional recruitment. I think the listeners are going to really enjoy spending Wednesday nights getting to know Aminata.”