We speak to Chris Saul, President of Rotary Club of Leicester, to find out more about his plans for marking the World Polio Day in Leicester 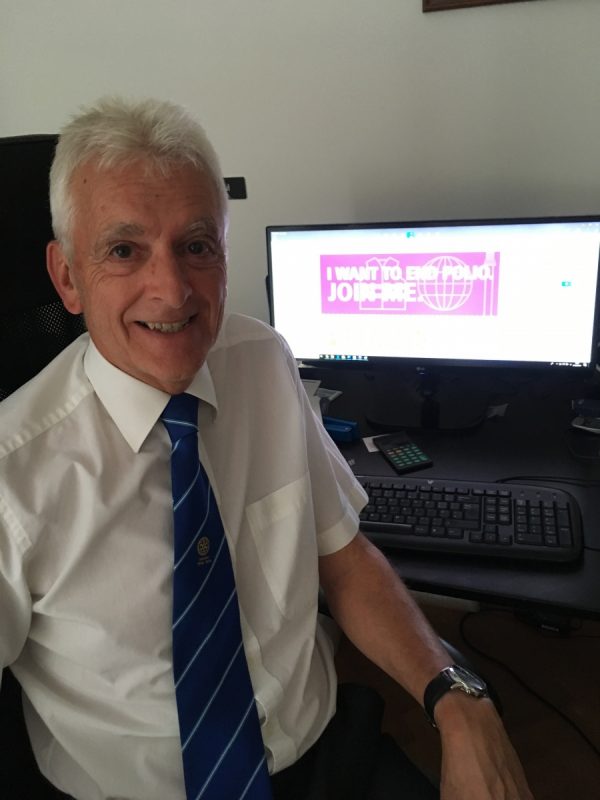 With World Polio Day set for October, we spoke to Chris Saul, President, Rotary Club of Leicester, to find out more about his plans for marking the day in Leicester.

Rotary has spearheaded the campaign to end polio since 1985, when there were more than 1,000 polio cases a day in over 125 countries, paralysing or even killing children.

How important is it that we continue a global fight against polio?

Chris: Since the fight against polio started we’ve seen a 99.9 per cent reduction in the number of cases, down from 350,000 in 1988 to just 33 in 2018, with 2.5bn children vaccinated. Every child who receives the vaccination is given a purple mark on their little finger to show they’ve received the vaccine and that’s why Rotary has adopted the colour purple as part of its campaign. We must keep up the fight because we are so close to ending polio: just two countries reported cases in the last three years. Nigeria has just stated it has been free of polio for three years, but cases continue to develop in Pakistan and Afghanistan and it is our mission to help these countries stamp out the disease as soon as possible.

As the new President of Rotary Club of Leicester, what are you doing to ensure our city is at the forefront of UK and global action to end polio?

Chris: I’ve teamed up with Leicester Novus Rotary Club to raise awareness of the continuing fight against polio through the illumination in purple lighting of at least three iconic places of worship in the city, including Leicester Cathedral, the BAPS Shri Swaminarayan Mandir and GTB Gurdwara. There will also be a relay of runners from the charity GoodGym to deliver purple crocus corns to the various venues to highlight the issue further. In addition a service will be held at Leicester Cathedral at 5.30pm on October 24, followed by a reception at which polio survivor and Rotarian Mark Esho will deliver an uplifting talk.

Has Rotary formed partnerships with other organisations to take part on the day?

Chris: We are really pleased and honoured to be able to confirm that every pound raised by Rotary on the day will be matched two to one by the The Bill and Belinda Gates Foundation. The total amount Rotary members have contributed since the campaign began is $1.9bn. 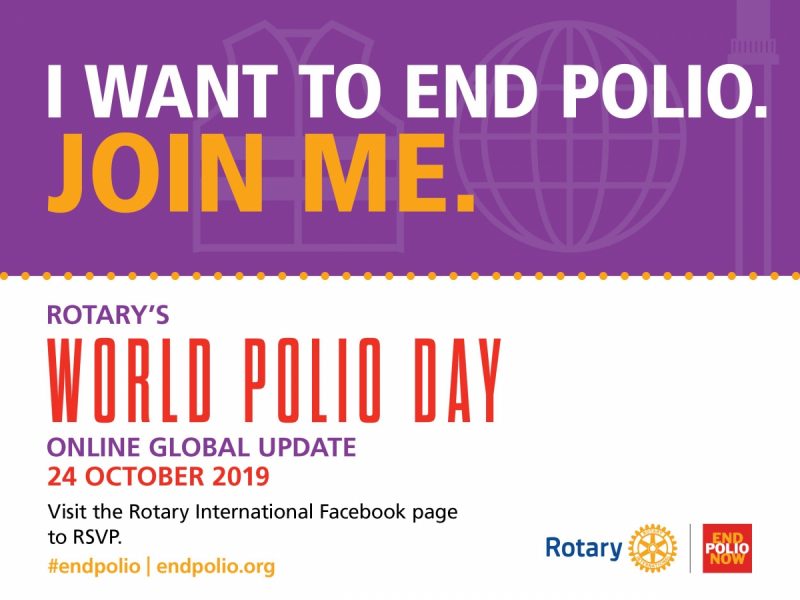 So how will the funds be used?

Chris: We will use the funds to provide much needed operational support, such as medical workers, lab equipment and educational materials which will be distributed as needed around the world.

What will happen if the campaign is not successful?

Chris: For myself and fellow Rotarians, this is unthinkable. If we don’t manage to end polio, research shows that we could see more than 200,000 new cases every year within a decade. This is why we are passionate about raising awareness on October 24 and we urge people from across Leicestershire to join us in this important push to end polio.

Find out more at endpolio.org