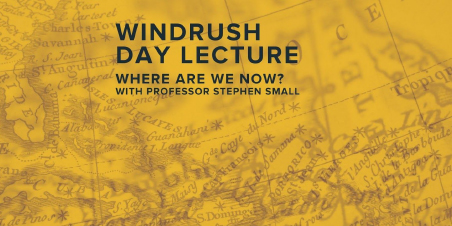 Leicester-based arts and heritage organisation, Serendipity, is hosting a special online event on Monday 22 June to celebrate the contribution of the Windrush Generation and their descendants.

Professor Stephen Small will deliver a lecture that will contextualise Windrush, explore where we are now and look at the next steps. Born and raised in Liverpool to parents from the Windrush Generation, Small’s talk explores historical contexts, current social and political implications and personal reflections.

Following the talk, a screening of the short documentary film, A Very Brit(ish) Voice, commissioned by Serendipity in 2019, will take place. The film, directed by Jaha Browne, explores the stories of Caribbean people who travelled in the UK between 1948 and 1971 and settled in Leicester.

The Leicester-based contributors include Dennis ‘Sugar’ Christopher, Nelista Cuffy, Elaine Hinds, Robert Lee, Pearl Ricketts, Boston Williams and musician Mellow Baku. The film captures the experiences of the Windrush Generation and that of the present generation in their own words.

You can book your ticket to this online event for just £5 when you go to www.serendipity-uk.com​. The event takes place on Monday 22 June, exactly 72 years after the Windrush Empire arrived at Tilbury Docks, Essex, from 6pm.