AND JUST LIKE THAT… HOW MUCH WOULD THE SATC APARTMENTS COST TODAY? 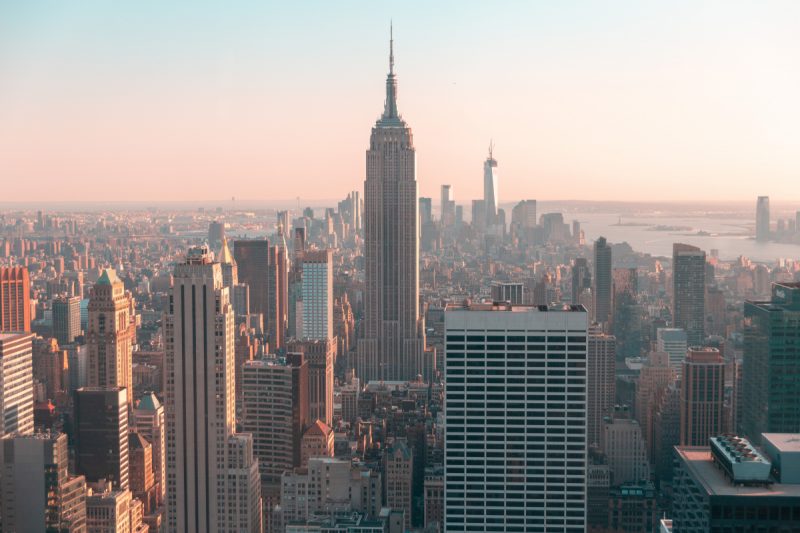 It has been over 20 years since Sex and the City first graced our screens and with the announcement of a revival, new research by regulated property buyers Good Move gives a glimpse into whether we could afford to live like the iconic foursome of Carrie, Samantha, Charlotte, and Miranda.

Carrie’s infamous address was supposedly 245 East 73rd Street in the Upper East Side, but you may be surprised to know that the apartment is actually located in the West Village of New York where the average home is worth just over £750K (£758,124 or $1,040,944).

So, you’ll pretty much have to be a multi-millionaire if you’re hoping to accurately follow in Carrie’s footsteps.

Much like Carrie herself, the apartment is an eclectic mixture of different styles which all manage to work together and give off a lived-in and homey vibe. Although surely everyone’s favourite part of the apartment has to be the walk-in closet, right?

With the announcement that Samantha will not be returning for the SATC revival, all us viewers were left devastated; however, that doesn’t mean that we cannot still look into and appreciate her most recent apartment.

Located in the trendy Meatpacking District, a 1-bedroom studio like the one Samantha moves into in Season 3 might set you back around £696K ($957K).

In terms of interior design, Samantha’s apartment is not very decorated and while the pale blue kitchen is cute, the main focal point is most definitely the eye-catching red bed – no shock there!

Without a doubt Park Avenue Princess Charlotte’s apartment is the most luxurious of the bunch.

Inside, the décor is very classic and tasteful which is only to be expected given Charlotte’s wealthy upbringing combined with her passion for art.

The Park Avenue apartment, which Charlotte received as part of the divorce settlement from her first husband, Trey MacDougal, was actually filmed at 930 Park Avenue in the Upper East Side.

Being a successful lawyer has its perks, something Miranda knows all about given that she owns her home, a pre-war apartment on Manhattan’s Upper West Side.

Miranda’s apartment is very reflective of her sensible and straightforward personality with its basic and clean décor.

If you’re interested in moving to the Upper West Side like Miranda, you might find yourself paying around £907,147 ($1,245,560), making it the most expensive area out of all the girls.

Of course, we have to take a quick peek into the home of Mr. Big given his crucial role in the show.

Like Miranda, Big’ lives in the Upper West Side in a one bedroom apartment and rather unsurprisingly its interior is plain and simple, some might say classic others might say beige. Ultimately, there is a significant lack of colour, well except for when he had that red wall which didn’t exactly last long.

Commenting on the research, Nima Ghasri, Director at Good Move, says: “Sex and The City has managed to stand the test of time and remains an iconic show over two decades later. The interior design of the various New York apartments really does reflect who the characters are and manages to capture their personalities.

“Given how influential the show was and with the recent announcement of a revival, we wanted to take a look at how much it would cost to live like our favourite foursome by revealing the filming locations and average property prices in the area. After all, I’m sure we’ve all envied the fabulous lives of Carrie, Samantha, Charlotte, Miranda, or even Mr. Big at some point.”

And to discover more homes with famous residents and what they are worth today, click here.