CHRISTMAS TRADITIONS: WHERE DO THEY COME FROM? 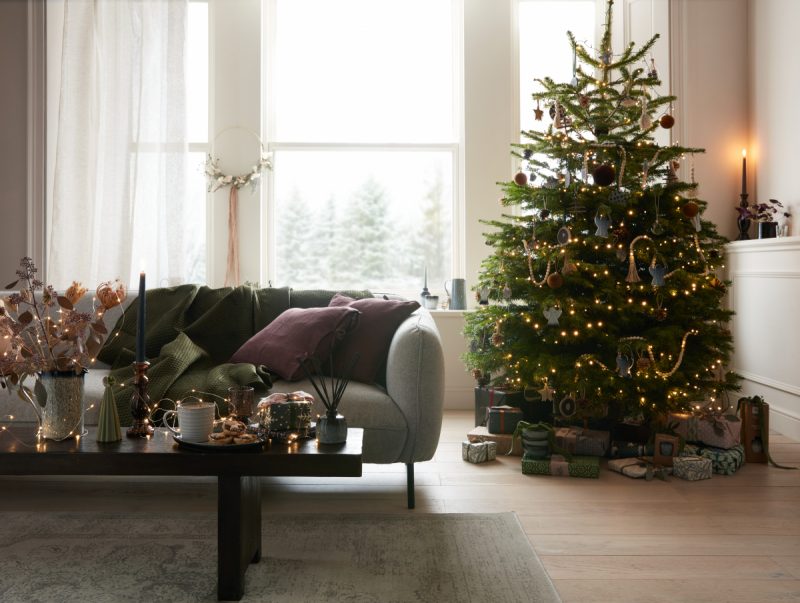 To celebrate a Christmas that means more, Denby have gathered Christmas traditions from every decade over the last century to show how we eat, drink and be merry has changed. And some of them may surprise you…

Must-have toy: Dismal Desmond — a soft hound-dog toy — was a must-have during the 20s.

Other highlights: Christmas decorations would go up no earlier than December 24th in most 1920s homes.

Decorating trend: The first bristle-style artificial tree was made by Addis Housewares Company in 1930.

Must-have toy: The first Mickey Mouse toy was produced in 1930.

Other highlights: The Royal Christmas Message began in 1932, when George V made his first broadcast over the wireless radio.

Decorating trend: Paper chains made from newspapers were a common during the war years, as were sprigs of real holly and ivy.

Food and drink: Strict rationing meant turkey was off the menu for most households during WWII. Instead, creative cooks served up home-reared rabbits, chickens, or “mock goose”, a type of potato casserole.

Must-have toy: There was a greater focus on practical handmade gifts, like hand-knitted clothing, soap, and war bonds.

Other highlights: During Christmas 1940, Britain was still in the middle of the Blitz. Many spent Christmas Eve in air raid shelters, and the holiday that year would become popularly known as “Blitzmas”.

Decorating trend: White artificial trees became very popular during this decade, as did spray-on fake snow and train sets around the base of the tree.

Food and drink: As rationing ended, people began to experiment with more decadent festive foods. Pigs in blankets made their Christmas debut in 1957.

Must-have toy: Model kits were top-sellers during this decade.

Other highlights: In 1957, the Queen’s Royal Christmas broadcast was televised for the first time.

Decorating trend: Ceramic and porcelain Christmas trees were a popular decorative accent during the “decade that taste forgot”.

Food and drink: For many people, the prawn cocktail starter was the dish that would define 70s cuisine. Bailey’s Irish Cream also launched in 1974.

Must-have toy: Star Wars took the box office by storm in 1977 and, by Christmas of that year, the official figurines were the most sought-after toys around. Original figurines from this era can fetch thousands today.

Decorating trend: Hanging foil decorations and garlands were very popular throughout the 80s.

Food and drink: Fashionable canapés, like smoked salmon blinis, vol au vents, and stuffed olives were a must at festive gatherings during the 80s. Elaborate desserts also become commonplace, with family-favourite Viennetta launching for the first time in 1982.

Must-have toy: The Rubik’s Cube was at the top of every child’s Christmas list in 1980.

Other highlights: The seasonal soap opera special was at its zenith in the 80s. On Christmas Day 1986, a record 30.1 million viewers tuned in to watch the classic EastEnders episode where Dirty Den served divorce papers to his wife Angie.

Decorating trend: Fibre optic Christmas trees were a must towards the end of the decade.

Food and drink: The Ferrero Rocher was created.

Must-have toy: For 90s kids, the Tamagotchi was the must-have toy of the decade.

Decorating trend: Artificial trees became more convincing than ever in this decade and the first pre-lit artificial Christmas trees.

Food and drink: Pigs in blankets went from being an optional side dish to a staple part of the Christmas meal. The increasing availability of sparkling wines like prosecco and cava made festive fizz more affordable.

Must-have toy: The Sony PlayStation 3 launched in the run-up to Christmas in 2006.

Other highlights: The first John Lewis Christmas advert aired in 2007, warming hearts across the nation and sparking a new media trend.

Decorating trend: Sustainability began to take centre stage over the decade, with consumers embracing LED fairy lights and moving away from plastic decorations. The stripped-back Scandi look also became a major décor trend towards the end of the 10s.

Food and drink: The 10s were all about prosecco.

Must-have toy: The singing Snow Glow Elsa Doll, based on the character from Disney’s smash-hit Frozen, was so popular during Christmas 2014 that it was almost impossible to find in shops.

Linda Salt, Denby Historian said: “As you can see from our research, some traditions never change. For hundreds of years, families have been decorating trees, giving gifts, and coming together for a special meal with their nearest and dearest. But that doesn’t mean that contemporary trends and fashions don’t creep into our celebrations over the years.”

“Events in wider society have played a big role in how traditions change — just look at how the celebrations changed during World War II, for instance. Times were uncertain and food and gifts were harder to come by, but people made the best of it and enjoyed the simpler pleasures. It just goes to show that there’s more to traditions than just material things.”

“2020 has been an unusual time for all of us, and if there’s one thing this year has taught us, it’s that it’s the little things in life that make the biggest difference. As a result, I think people might want to focus on simpler pleasures this year.”