STYLIST’S CHOICE: It’s Never Too Late To Be Great. 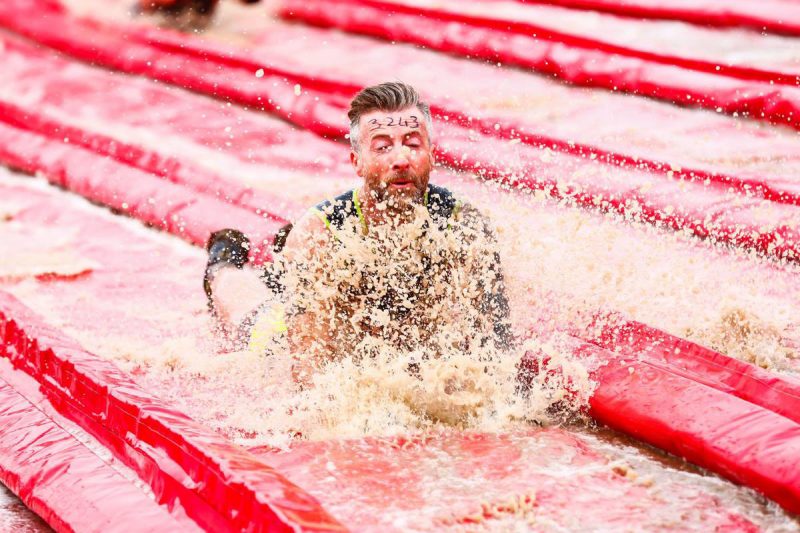 If I’d known then what I know now, things might’ve been different.  Hitting 40 arms you with the wisdom of doing things better.  It’s the pay off for hitting middle age: you can look back and spot the opportunities been and gone and know what you should’ve done then, had you had today’s mindset.

Business is one of those things for me.  As is Sport.

I was the worst kind of athlete back in the day.  I was a gifted at long-jump.  But that never got off the ground.  Trampolining, too.  The Gymnastics box was ticked but being the only boy in the class, my BAGA badge haul was short-lived.  Swimming.  Highboard Diving.  Tick.  Tick.  Football, the sport that is in the DNA of most Northern Lads (apart from me) bewildered me.  My parents love to regale about the time I was playing football for the Boys’ Brigade and I was at the opposite end of the pitch to the action munching on crisps and a Mars bar that I’d hidden in my football socks.  I still maintain that was planning ahead, but now understand it may have been viewed differently.

I had, I can see now, all the makings of being a great runner.  Sprints were no problem – I was good at those and naturally very fast – but long distance running or, worse still, cross country was another matter entirely.  As a prissy little lad, the mud horrified me.  Which was why I recently challenged myself – and a group of close mates – to train for The Wolf Run…

For those who’ve not heard of The Wolf Run, it’s essentially a 10km run, climb and swim through mud, water and other substances best not delved too deeply in to.  This run would not only challenge the biggest nay-sayer of them all (me); my OCD behaviour toward mud but also give me a chance to do something good for charity – Prostate Cancer UK.

I won’t bore you with my training log other than I didn’t do enough, but the challenge was met and I found a new love.  The Wolf Run, for me, was a deeply personal experience despite being with my besties.  It challenged me physically and mentally, but most of all, challenged the little chap locked inside – the little lad that most of us recognize who was not confident enough to stand out as a kid and be as different and brilliant as he truly could’ve been.

So, whether 40, 50 or more, do something different.  Be more.  Be bold and step out of your comfort zone.  It’s never too late to become great.

Here are some of my favourite running wear and training aids, if you do fancy hitting the roads, waterways or treadmills this summer: