SUPPORT STILL THERE FOR LOCAL CHARITIES 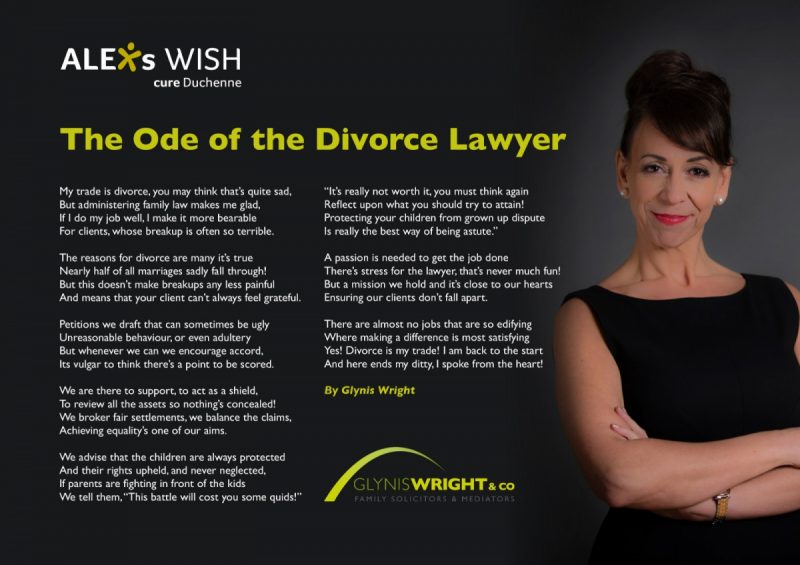 Despite the unprecedented events of the last two months, Emma Hallam, Founder and Director of local charity Alex’s Wish, says that businesses are still more than happy to help charities close to their heart wherever they can; “I have been literally blown away by some of the ideas and conversations that I’ve had over the last few weeks.  It has made me realise and appreciate just how lucky we are to have the supporters, volunteers, Trustees and Ambassadors that we do. Without them the last couple of months would have been unbearable and our work, which is so time dependant, would have had to stop”.

Trustees Glynis Wright of Glynis Wright & Co Family Solicitors & Mediators, and Sally Barnett of 2 New Street Chambers took part in the 2.6 Challenge.  Speaking about the Challenge Glynis said; “I thought it would be a great idea to get the whole of my company involved and do something positive during these testing times.  Each member of my team took part and completed their own challenge by doing something 26, 260 or 2,600 times!   Some of the ideas were brilliant and included 26 days of yoyo tricks; 2,600 squats in 26 days; making chapattis 26 times through to writing a poem about being a divorce lawyer in 260 words!  I want to thank my team for their inventiveness and spirit in taking part and am delighted to announce that we’ve raised £2,000 for Alex’s Wish!  This was in addition to the previous £10,500 raised through my presidency of The Leicestershire Law Society.”