The 3 Main Types of Cataract 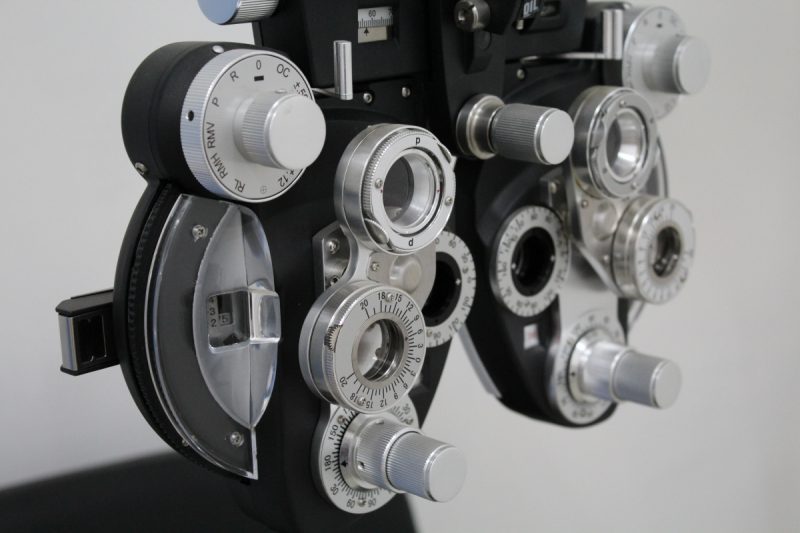 Cataracts are the leading cause of visual impairment worldwide, but they can also be reversed with surgery, as long as you act early. Here are the 3 most common types of cataracts, their symptoms and what causes them, so you can both prevent and identify them.

A cataract is the clouding of your eye’s natural lens, which can cause blurred vision, double vision and light sensitivity, among other symptoms. Cataracts mainly develop due to ageing – they’re the most common cause of vision loss in over 40s, and it’s estimated around 30% of Britons 65 years or older have a visually impairing cataract in one or both eyes.

The 3 main types of age-related cataract are nuclear sclerotic, posterior subcapsular and cortical. They’re grouped based on where they form in the lens, so they have slightly different symptoms, develop at different speeds, and can have varying causes. All 3 types can cause progressive vision loss, which means it gets worse over time.

If your cataracts are in the early stages, getting glasses or a new prescription can help in the short term, but if they’re stopping you from going about your daily activities, they can be treated with cataract surgery. It’s best to act earlier rather than later to avoid further visual impairment.

Also known as nuclear sclerosis, this the most common type of cataract. It’s ‘nuclear’ because it starts in the centre of the lens (the nucleus), while ‘sclerosis’ is the medical term for hardening body tissue. As it progresses, the clouding can spread from the nucleus to other layers of the eye.

This type of cataract is caused by the hardening and yellowing of the lens as you age. Over the years, new fibres form around the edge of the lens, which push the older lens material towards the centre, making it denser. Smoking can increase the risk of nuclear sclerotic cataracts.

Nuclear sclerosis affects your ability to focus. After your sight starts to worsen, you can actually experience ‘second sight’ where you have a temporary improvement in your close-up vision. However, as this cataract progresses your vision will deteriorate again. You’ll typically have trouble with seeing things in the distance, with objects appearing blurry and colours seeming faded as the lens yellows further.

Nuclear sclerotic cataracts develop gradually over time, so it may take a few years before you notice a change in your vision, and your sight may further deteriorate quite slowly.

‘Cortical’ means the outer layer of something, which refers to the fact this cataract starts in the outer edge of the lens – the opposite of a nuclear sclerotic cataract. As a cortical cataract progresses it forms spoke-like lines that lead into the centre of the lens, causing light to scatter as it enters the eye.

You’re more likely to develop this type of cataract if you have diabetes. Excess sun exposure can also increase the risk of cortical cataracts.

You may have blurred vision or blurry lines that affect your ability to see. You can also have difficulty with glare from both the sun and artificial lighting, as well as trouble with driving at night.

How fast do cortical cataracts progress?

This type of cataract develops quite quickly, with symptoms becoming more noticeable within months rather than years.

You’re more at risk of a subcapsular cataract if you have diabetes or extreme near-sightedness. Your chances of this type of cataract also increase if you use steroids, or you’re exposed to radiation.

A subcapsular cataract can make it difficult to see in bright light, and cause glare or halos around lights at night – so it can be particularly troublesome during night time driving. Your vision may be blurry and you may also struggle to read.

This type of cataract develops faster than both nuclear sclerotic and cortical cataracts.

Other types of cataracts

Age isn’t the only cause – there are many different types of cataract that can occur due to both internal and external factors. Congenital cataracts are those babies are born with, and infantile or juvenile cataracts are diagnosed in older babies or children. Cataracts can also develop secondary to trauma, radiation and inflammation.

How to prevent cataracts

There are a few things you can do reduce your chances of developing cataracts. From protecting your eyes from the sun and injury, to eating a nutritious diet and avoiding certain medications, here are 4 ways to help prevent cataracts.

It’s also important to manage any health problems that increase your risk of cataracts, such as diabetes, and it can help to quit smoking and cut down on alcohol. Regular eye tests are vital for spotting cataracts early.

What to do if you think you have cataracts

If you’ve noticed any of the symptoms of cataracts, it’s time for a trip to the optician or eye doctor. They’ll test your vision and examine your eyes for any signs of cataracts. They’ll then give you a new prescription if necessary, and let you know whether or not you need cataract surgery.