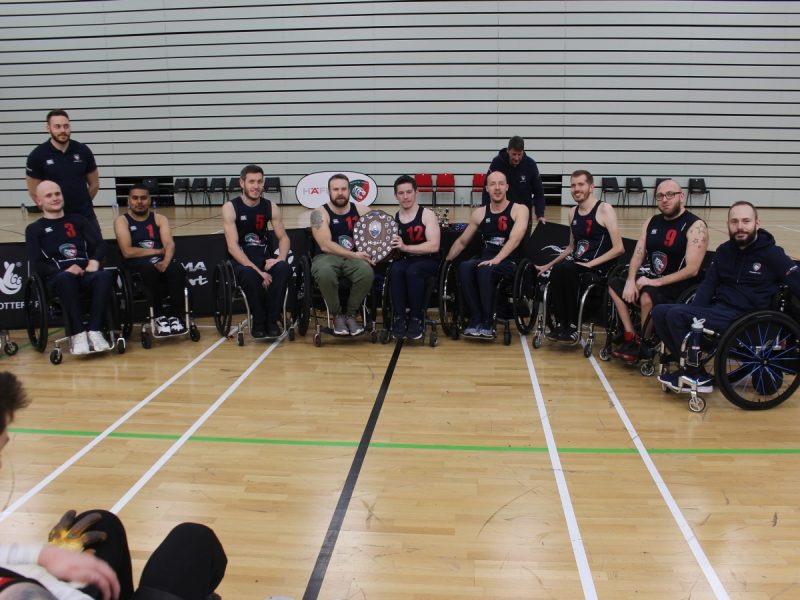 The squad wrapped up the title on home soil at the Morningside Arena in Leicester winning the final two-day Super Series weekend of this season.

Tigers, who are supported by club partner Häfele, needed just a third place overall finish to clinch the championship which they secured following their 56-47 semi-final win over London Storm.

Setting up a final showdown against rivals London Crusaders, Tigers made it 13 wins from 13 games this season seeing off London Crusaders 55-49 to top the table for the second time in the club’s history.

Leicester booked their place in the playoffs seeing off the challenge of Canterbury easing to a 58-35 victory, before a closely fought 4944 encounter with title rivals West Coast Crash in the weekend’s first day of fixtures.

Speaking after being presented with the Super Series Division One shield, Tigers head coach Darren Matthews spoke of his pride in the squad.

He explained: “We managed to get all our bench players valuable court time so it was a real team performance across the weekend and that’s the best part for me.

“We’re in a fantastic place as a club blending experience and youth which has always been important to create an environment where everyone can develop.

“The next challenge is to go for the double and win the Nationals tournament which will take place here in Leicester and sees the top six ranked teams across the country compete.

“We have players competing with Great Britain at the Quad Nations here in March and we’ll continue our training at the club, so it’s great to celebrate the championship and now we want the double.”

Tickets to the King Power Quad Nations can be purchased by clicking here, and you can find out more about LTWR by visiting https://www.leicestertigers.com/community/foundation/wheelchair-rugby