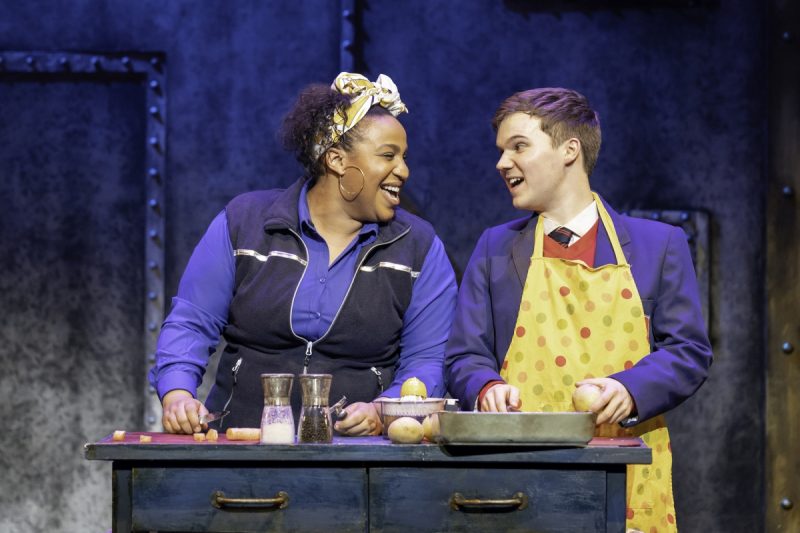 Fresh from the phenomenal success of its world premiere at Nuffield Southampton Theatres over Christmas, David Walliams’ Billionaire Boy the Musical bursts into Coventry’s Belgrade Theatre this February, just in time for the half-term break.

Based on the bestselling kids’ book, this hilarious and heartwarming new show tells the story of schoolboy Joe Spud, who becomes an overnight billionaire after his dad invents a new kind of loo roll. It’s Bum Fresh – wet on one side, dry on the other!

Suddenly flush, Joe seems to have everything he wants, but can money really buy happiness? While his toilet roll tycoon dad spends, spends, spends on fast cars, 100-inch TVs and lavish gifts for his new girlfriend, Sapphire Diamond, Joe is left to fend for himself in the unforgiving world of the school playground.

Luckily, Joe’s new best friend Bob is on hand to help him navigate the assault course of school bullies and dangerously inedible canteen food. But when the impossibly pretty new girl Lauren seems to take a shine to Joe, things look set to get a whole lot more complicated…

Billionaire Boy The Musical shows at the Belgrade Theatre 20-23 February 2019. Tickets are available to book now by calling the box office on 024 7655 3055, or visiting www.belgrade.co.uk where prices are even cheaper.

PRAISE FOR BILLIONAIRE BOY THE MUSICAL

‘A glorious romp with superb staging and colourful characters. Stunning show very much in the Matilda mould’