Butterflies, Business and the Battle for Glory – Spring at the Belgrade Theatre 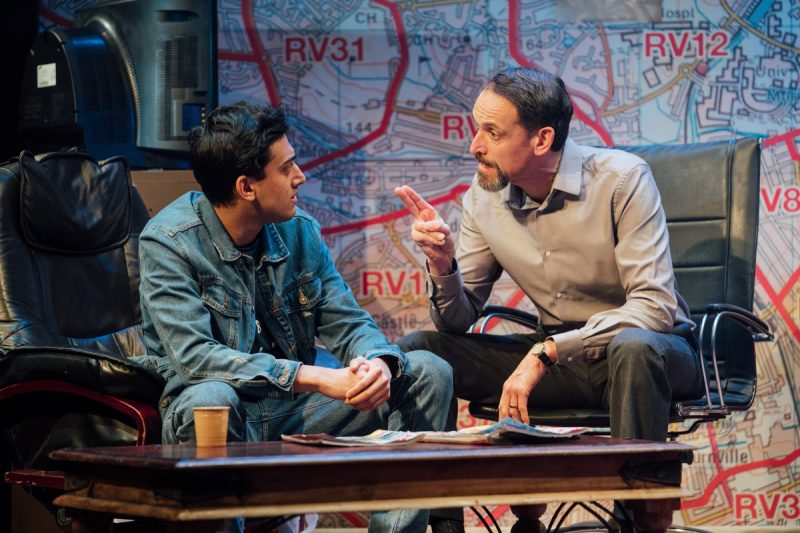 From life in the post-industrial North to the simple joy of song and dance, the Belgrade Theatre is serving up another diverse programme this Spring, with highlights including Emma Rice’s Wise Children, Ishy Din’s Approaching Empty, and Nick Ahad’s Glory.

First up, Tamasha, Kiln Theatre and Live Theatre offer a fresh perspective on North East England in the aftermath of Margaret Thatcher’s death in Approaching Empty, showing 20-23 March. Penned by the award winning writer of Snookered and Wipers, this compelling drama lays bare the struggles of a generation of working class British men, exploring themes of family, friendship and cutthroat capitalism through the story of a
failing minicab firm. When Mansha decides to buy the business from his lifelong friend Raf, it’s only afterwards that the realities of the state of the company begin to unravel.

Then from 2-6 April, the hotly anticipated Wise Children bursts into the Belgrade in a whirlwind celebration of show business, family, forgiveness and hope, with director Emma Rice stepping into the role of showgirl Nora Chance. Marking the debut of her new company of the same name, Wise Children sees the former Shakespeare’s Globe and Kneehigh Artistic Director bring her exuberant vision to Angela Carter’s last great novel in a big, bawdy tangle of theatrical joy and pain. Expect showgirls and Shakespeare, sex and scandal, mischief and mistaken identity and butterflies by the thousand.

Finally, from 10-13 April, the Dukes and Red Ladder present Glory, the second production from Tamasha’s IGNITE programme to hit the Belgrade after Under the Umbrella. Exploring the resurgence of grassroots wrestling in Britain, this compelling drama touches on the difficulties of discussing men’s mental health. Jim “Glorious” Glory used to be a colossus, but now his empire has crumbled. Meanwhile, three young men – Dan, Ben and Sami – are compelled over the ropes and into the ring in search of glory of their own. Through them, Jim catches a glimpse of his resurrection, but as they wrestle with life, demons and each other, only one hero can emerge.

Tickets to all of these shows and more are available to book now by calling the box office on 024 7655 3055, or visiting www.belgrade.co.uk where prices are cheaper