Cast announced for The Lion, the Witch and the Wardrobe. UK and Ireland tour opening at Curve later this year 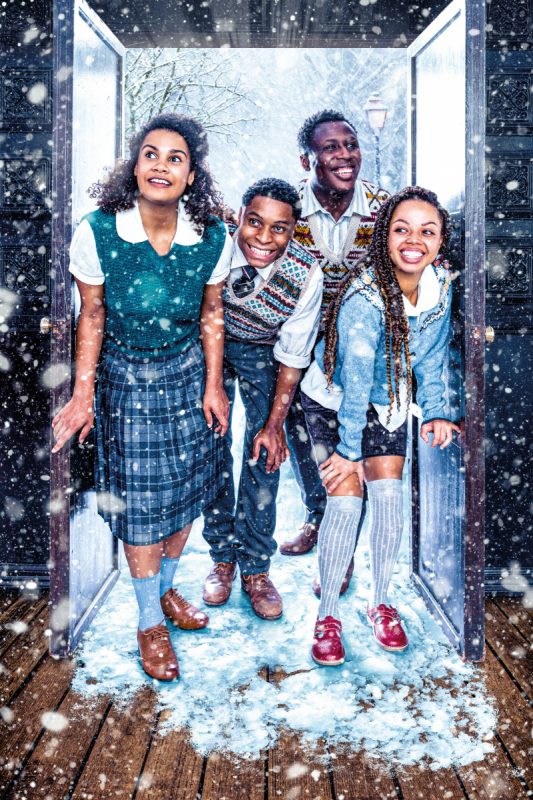 Casting was announced today for the smash hit Leeds Playhouse production of C.S. Lewis’ classic The Lion, the Witch and the Wardrobe, voted the nation’s favourite book in 2019.  It begins a major tour of the UK and Ireland at Curve, Leicester on Tuesday 2 November 2021, where it will run until Saturday 13 November.

The show, which broke box office records at Leeds Playhouse in 2017 and played to packed houses and critical acclaim at the Bridge Theatre in London in 2019, will travel across the UK & Ireland.

Step through the wardrobe into the enchanted kingdom of Narnia. Join Lucy, Edmund, Susan and Peter as they wave goodbye to wartime Britain and embark on the most magical of adventures in a frozen, faraway land where they meet a Faun, talking Beavers, Aslan, the noble king of Narnia, and the coldest, most evil White Witch.

This critically acclaimed production is “A theatrical miracle” (The Times).

The Lion, the Witch and the Wardrobe is produced on tour by Elliott & Harper Productions and Catherine Schreiber and based on the original Leeds Playhouse production.

“C.S. Lewis wrote “they open a door and enter a world” and this is what every child imagines and dreams about. This is exactly why we’re thrilled to be able to bring this incredible new version of The Lion, The Witch and The Wardrobe on a tour of the UK in time for Christmas 2021. Following a record breaking success at the Leeds Playhouse and the Bridge Theatre in London, the Pevensie children will travel from Narnia to venues across the UK and Ireland.

It has been a challenging time for all of us, but we can’t wait for children and adults alike to join us on this truly magical journey through the wardrobe.”

Tickets for The Lion, The Witch and the Wardrobe at Curve are available to book now online at www.curveonline.co.uk, over the phone by calling 0116 242 3595 or in-person at Curve’s Box Office.