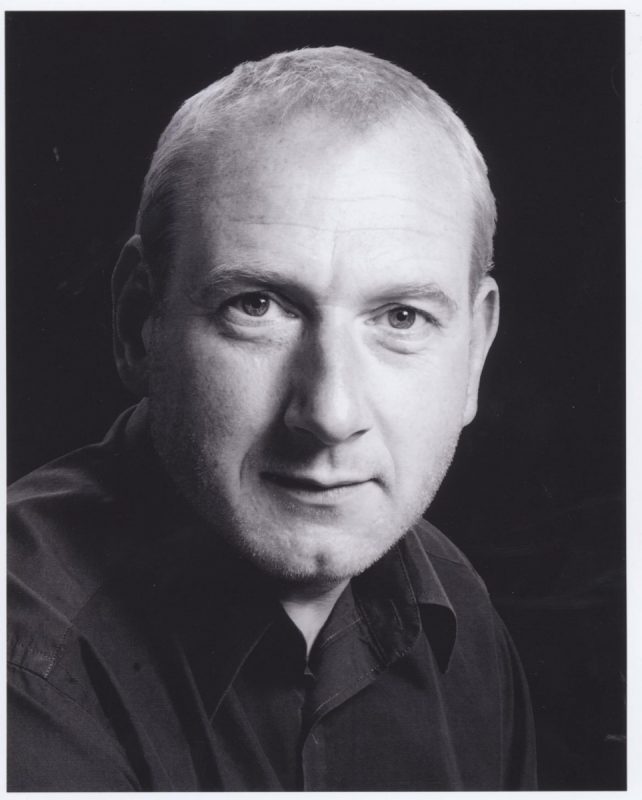 He’s won an Olivier Award for his performance on stage in After the Dance, appeared in countless TV shows and Oscar-winning films, but the East Midlands-local is probably most recognised for his hilarious appearance as ‘Pete’ in James Corden and Ruth Jones’ Gavin and Stacey.

This November, the acclaimed actor will be performing alongside Mark Gatiss in The Madness of George III at Nottingham Playhouse, which is also due to be broadcast around the world by National Theatre Live on Tuesday 20 November.

We find out more about the play, what Adrian loves most about his work and what it was like growing up in a place most famous for making pork pies…

“George III, the most powerful man in the world, starts acting in an erratic fashion and doctors can’t work out why. The King has many doctors who serve him, subjecting him to torturous medical treatments, but they are dismissed in favour of Dr Willis – who is a new wave psychiatrist and helps the King.”

You’re playing Dr Willis. What drew you to the character?

“I think he is rather fascinating – I’ve always been very interested in the psychology of Monarchs and the play also gives an insight into talking therapy, which I am interested in.”

Why should people come and watch the show?

“Because it’s written by Alan Bennett who is a wonderful writer: it’s a very funny, moving and fascinating play that explores the nature of mental illness, showing that we’re all human; even kings.”

Despite often being cast in quintessentially British roles, his Melton accent slipped through at times during the interview, hinting at a life-before-London for the Melton Mowbray-born actor.

Tell us about life growing up in Melton. Are your family still there?

“I was in Melton until I turned 18: Dad was a school teacher, Mum worked for the local Methodist church and I had a very ordinary, slightly dull youth. But it’s always lovely to come home.

“I feel very lucky because Melton has a thriving amateur drama scene with the Melton Players and Melton Operatic society. I wasn’t very academic and couldn’t wait to get on the fantastic A-level drama course run by Richard and Brenda Smith and David Taylor, they were so supportive when I was young and still are today.”

Have you been to Nottingham before? What do you like about the city?

“I spent a lot of my formative years watching theatre in Nottingham and Leicester Haymarket, so I have a real soft spot for the East Midlands. Nottingham is such a vibrant place to be, it’s very supportive of the arts, the shopping experience is fantastic and the pubs are great – I’ve always loved The Park, the Lace Market, Nottingham Playhouse and Kapoor’s fabulous sculpture.”

The Madness of George III is set to be screened as part of the National Theatre Live – you’ve been involved in NT Live before – what makes this so exciting for audiences and cast alike?

“The NT Live experience is wonderful and a brilliant way to bring theatre to a greater audience than could ever see it and it’s an incredible coup for Nottingham and regional theatre in general. I’m thrilled that it’s broadcasting from Nottingham Playhouse.”

What role or character do people tend to ‘shout out’ to you the most?

“It has to be ‘Pete’ from Gavin and Stacey. That was such a great time – such fantastic fun. When I was sent the first scripts I laughed myself stupid, the show is so delicious and funny and full of life and silliness – it still makes me laugh now! Pete and Dawn were a great pair.”

The Madness of George III runs from Friday 2 November until Saturday 24 November, including a special Gala performance on Thursday 22 November, which looks to raise funds for Nottingham Playhouse’s 70th Anniversary Fund.

The Madness of George III will also be broadcast to cinemas across the globe as part of National Theatre Live on Tuesday 20 November.