Multi-million-selling singer Vince Hill will be heading home to the city where it all started next month as he celebrates his 85th birthday year with a one-off show in Coventry.

After an incredible 70 years in showbiz – which began with his first professional performance at the tender age of 15 – the local legend is finally retiring from the spotlight this year with a special farewell gig at the Belgrade Theatre on Tuesday 4 June.

Best known for his hit 1967 recording of The Sound of Music number “Edelweiss”, which has gone on to sell a million copies, Vince has recorded over 300 songs over the years, performing at famous venues from the Royal Albert Hall to Sydney Opera House, as well as hosting a number of popular television series during the 70s and 80s, including They Sold A Million and Musical Time Machine for the BBC, and ITV chat show Gas Street.

Forming part of the Belgrade’s regular Midday Variety programme, his forthcoming show will see him share stories and songs from throughout his illustrious career, accompanied by the world-class musicians of the Ken McCarthy Trio. Hosted by Mark Andrews, the performance will feature guest appearances from Vince’s friends and colleagues including TV comic Duncan Norvelle, musical theatre star Jane Horn and the Coventry Consortium Swing Band. 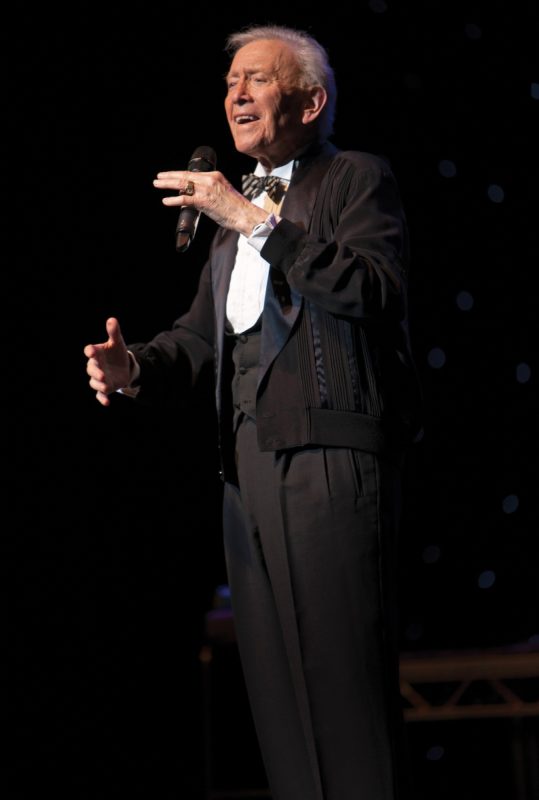 As Coventry looks forward to an exciting future with its year as City of Culture on the horizon, Vince will also be giving something back to the community, using his celebration concert to raise much-needed funds for the Belgrade Theatre’s charitable work. As well as donating his own performance fee, Vince and his team will also donate £1 from every ticket sold back to the Belgrade Theatre Trust.

Vince Hill said: “I am so excited to be performing my last big show at the Belgrade Theatre in my home city of Coventry. I rarely do concerts nowadays but simply couldn’t resist the opportunity to do a show that will benefit the wonderful charitable work that the Belgrade Theatre Trust does in the local community.

“Coventry gave me my big break when I started my showbiz career and my hope is the monies raised will help the next generation of local talent get started on their paths to stardom. Might I add I am immensely proud that Coventry is to be the UK City of Culture 2021. I can’t wait to get involved with those celebrations…. it’s a well deserved win!!”

As a registered charity, the Belgrade Theatre relies on funding from Members, donors, trusts and corporate partners. All of the money given, raised or earned by the theatre is not distributed as profit, but is instead reinvested back into its work in the community, including its education, outreach and talent development projects, as well as its own theatre productions. For more information about the Belgrade’s charity status and how you can support its work, please visit www.belgrade.co.uk/support-us.

Midday Variety: Vince Hill and Friends shows at the Belgrade Theatre at 1.30pm on Tuesday 4 June.