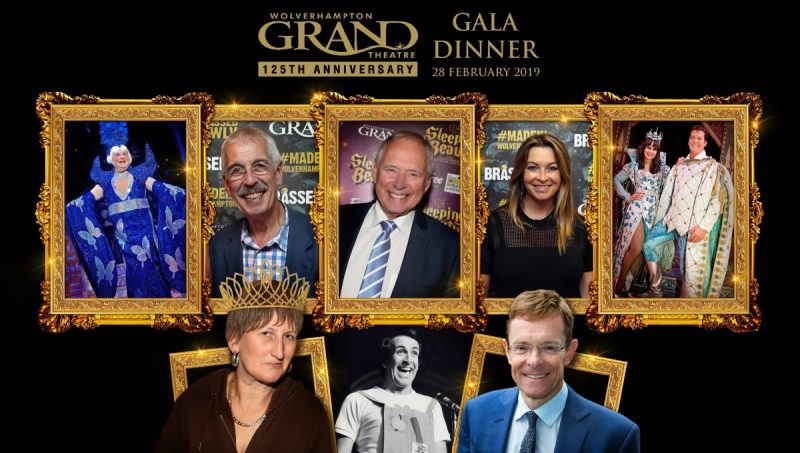 Wolverhampton Grand Theatre is celebrating its 125th Anniversary with a host of projects this year, one of which will be a glittering gala dinner at Molineux’s WV1 Bar to raise funds for the Grand’s charitable activity.

The Gala Dinner, will take place on the evening of Thursday 28 February and will feature a host of familiar faces from the Grand’s past including Christopher Biggins, Jeffrey Holland, Suzi Perry, Sam Kane, Linda Lusardi, Don Maclean, Doreen Tipton and Mayor of the West Midlands Andy Street.

The Gala Dinner will be a fantastic celebration of the Grand’s history in Wolverhampton with a delicious three course dinner and stories form the past. The evening will feature entertainment and an auction which will include the opportunity to bid on a walk on part in one performance of the theatre’s 125th Anniversary pantomime, DICK WHITTINGTON.

The evening is a way to support the Grand’s community based work which includes transformative projects for schools and local organisations and other charities.

Tickets are £80 each and available from the Grand Theatre Box Office only by calling 01902 42 92 12 or visiting in person. Arrivals from 7pm. VIP Tables are also available.