HISTORY RE-VISITED THIS OCTOBER AT THE RSC 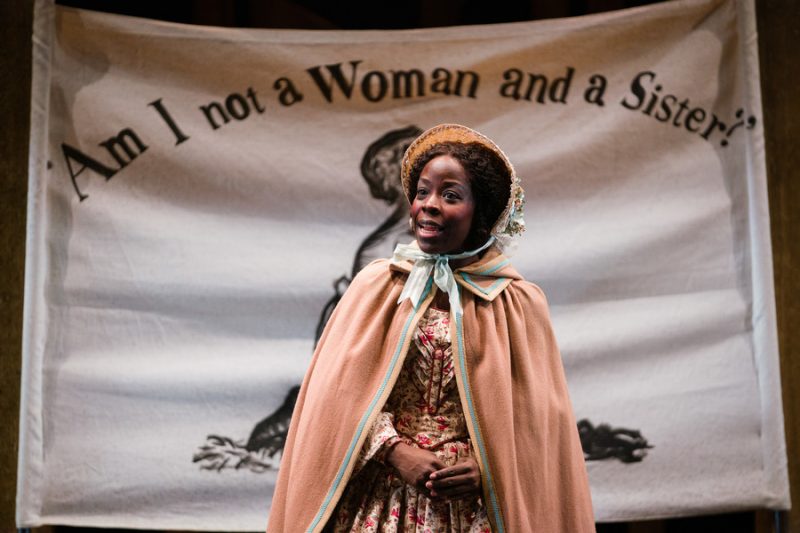 Juliet Gilkes Romero’s urgent and provocative new play, The Whip, will receive its online premiere this October as part of The Royal Shakespeare Company’s marking of Black History Month.

The original stage production, which premiered in the Swan Theatre in 2019, ended unexpectedly earlier this year due to the Covid-19 pandemic and the temporary closure of the Royal Shakespeare Company stages in March.

The recording, directed by Kimberley Sykes, re-unites the original cast of The Whip to present a new audio dramatisation of the highly acclaimed drama. The play explores the human cost of the multi-billion slavery compensation bill, which contained provision for the financial compensation of slave owners – rather than of slaves themselves – by the British taxpayer, for the loss of their “property” following the abolition of the slave trade in 1833.

The audio recording includes Sound Design by Claire Windsor with music by Akintayo Akinbode and will premiere on the Royal Shakespeare Company You Tube channel on Thursday 29 October at 7pm.

This will be accompanied by a one-off play reading of Tom Morton Smith’s biographical epic Oppenheimer which is commissioned by Angus Jackson and re-unites the original cast of the Royal Shakespeare Company’s sell-out 2014/2015 production. Oppenheimer first premiered in the Swan Theatre, Stratford-upon-Avon in 2014/15 before transferring to The Vaudeville Theatre, London in 2016 for a limited run.