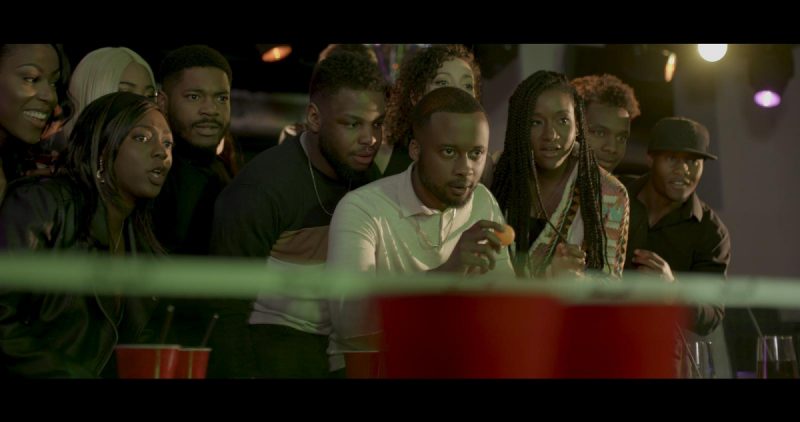 Want to be part of an online TV show breaking new ground in the West Midlands? Belgrade Film and Digital Ltd are looking for local actors to appear in SeaView – a six-part, supernatural drama set among the region’s urban, working class communities.

With scripts being developed by a team of up-and-coming Midlands writers, the producers are now looking to assemble a cast for the show, which is due to begin shooting in Coventry and Birmingham in March 2021.

Inspired by a true story, SeaView is an urban, supernatural drama centred around Steven – a young man destined for great things who is quietly tormented by his gifts. Steven’s cousin Chez is desperate to finally cut ties with his illegitimate business and make an honest living, but when Steven is stabbed on a night out, Chez is forced to bury a dark secret and the family begin to fall apart.

Reality shifts and the realms of possibility are called into question as Steven’s gifts suddenly appear super-human. On a mission to discover what he’s truly capable of, can Steven liberate his family from the cycle of lies, crime and violence that have ensnared them? SeaView celebrates a Black, working class, aspirational family, exploring the challenges they face in their efforts to achieve great things.

As with the writers’ room, the casting call is completely open, reflecting a commitment to providing opportunities for emerging talent both behind and in front of the camera, and particularly for those local to the region.

Actors are invited to audition via self-tape for one of the 13 roles outlined below – more detailed character breakdowns are available to download from the Belgrade Theatre website.

The roles being cast are as follows:

Cass
Age range: Mid-late 20s
Gender: Male
Accents: Birmingham
Ethnicity: British Jamaican
Character relationships: Steven’s cousin, Chez’s younger brother
Description: Charismatic and likeable, but his external charm masks a complex internal life. He’s been working for his brother since their parents died when he was 9, and is resentful of the role ascribed to him. Very intelligent, but hasn’t had the same opportunities as Steven, and as a result is quietly jealous of his cousin, despite the deep love between them.

Rex
Age range: Early 30s
Gender: Male
Accents: Birmingham
Ethnicity: British Jamaican
Character relationships: Steven’s older half-brother, Diane’s son
Description: A powerful presence and persuasive orator who immediately commands attention. His tough outer shell hides a soft inner soul. Can be self-righteous but is protective and caring with a strong moral compass. Having followed his father into a life of crime and violence, he’s spent time in prison, but is trying to change with the help of David, a surrogate father figure. Nevertheless, his violent past always threatens to consume him.

Chez
Age range: Early 30s
Gender: Male
Accents: Birmingham
Ethnicity: British Jamaican
Character relationships: Cass’ older brother
Description: Stubborn, arrogant and egotistical, but also hard-working and charming. After losing his parents at 17, he raised his younger brother Cass alone. He never had chance to grieve, instead focusing on the material and what they needed to survive. Beneath that, he’s desperate for validation and love. Has a few women on the go, but Nova is special to him.

Sherelle
Age range: Mid-20s
Gender: Female
Accents: Birmingham
Ethnicity: Black and white dual heritage
Character relationships: Cass’ best friend
Description: Kind, considerate, soulful, reserved and observant, Sherelle is a deep thinker who people naturally gravitate to for advice – but only if they want to receive it straight. A natural giver, she rarely puts herself first, but can be resentful of the actions of her family and friends. Grew up caring for her mother, a recovering alcoholic. Cass is like a brother to her.

Diane
Age range: Early 50s
Gender: Female
Accents: Well-spoken West Midlands – a trained, practiced accent
Ethnicity: British Jamaican
Character relationships: Mother to Rex and Steven, Atlas’ partner
Description: Stubborn, opinionated, determined, blunt and highly aspirational. Proud and deeply conscious of social status. A traditional Auntie who’s seen it all, she’s gone from being hard as nails and a bit of a gangster to a respected, professional woman with high expectations. She met Steven’s dad, Atlas, when Rex was turning 8. Rex no longer fits in with her new lifestyle, so she has cut him out completely.

Atlas
Age range: Late 50s
Gender: Male
Accents: Originally West African but he’s been in the UK a long time
Ethnicity: West African
Character relationships: Steven’s father, Diane’s partner
Description: A successful property developer who has offered Diane a radically different way of life. Quiet and mild-mannered, he is completely dominated by her presence. Comes from a well-to-do family and has always kept his head down and worked hard. Has a steady relationship with Steven, but it’s fairly functional and lacks intimacy.

Carl
Age range: Mid 50s
Gender: Male
Accents: RP
Ethnicity: White British
Character relationships: Nia’s father
Description: Calm, methodical, vindictive, power-hungry, manipulative, private and unforgiving. A “businessman” who is used to being king, he has a number of legit businesses all secretly funded by a drug empire built on the backs of lads like Chez, Dane, and Rex.

Nia
Age range: Late 20s
Gender: Female
Accents: Estuary
Ethnicity: White or dual heritage
Character relationships: Carl’s daughter
Description: Resentful of her father, Nia is fiercely independent, resilient, inventive and hard-working. She has grown up in opulence, private schooled, but now rejects her father’s money. She’s looking for something more meaningful, and has found a connection with Rex, though they’ve grown apart since he was sent down.

Bubbles
Age range: Mid 60s
Gender: Male
Accents: Jamaican
Ethnicity: Jamaican
Description: Scruffily dressed, out of shape but not overweight, sounds older than he is and looks younger than he sounds – a walking oxymoron. Intense, spiritual, empathetic and expressive, but also lonely and fearful. He’s something of a local legend – the story goes that he used to be a big player in the area, making millions before losing it all, but no one seems to know why. Often found singing on street corners and prophesizing the end of the world.

Nova
Age range: Early to mid-40s
Gender: Female
Accents: Well-spoken, Eastern European but has been in the UK a long time
Ethnicity: Eastern European
Description: Powerful, manipulative, ruthless and selfish. A successful businesswoman who has sacrificed a lot to get to where she is, fighting to build up herself up from nothing. She’s drawn to Chez and the more illicit side of business. They’ve been dating on and off for years.

SeaView is a co-production between Belgrade Film and Digital Ltd and Strictly Arts Theatre Company. Strictly Arts will be issuing the contracts.