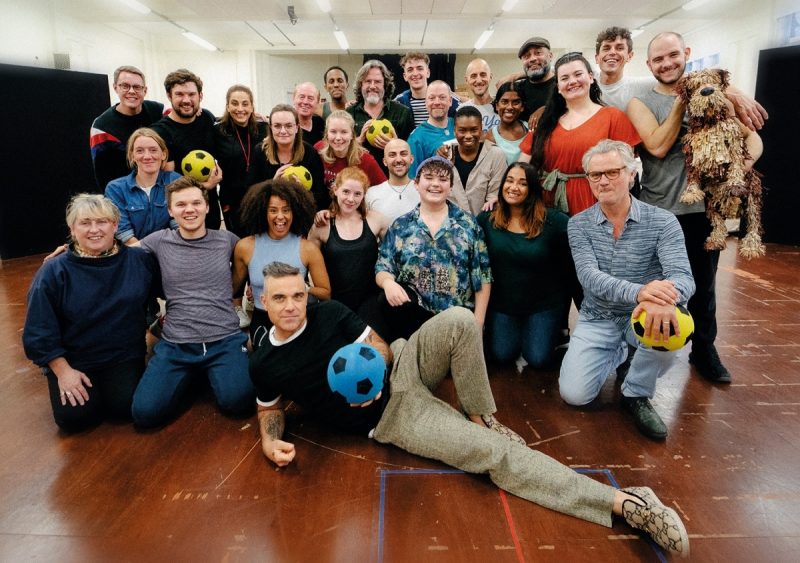 The cast of the Royal Shakespeare Company’s (RSC) new musical The Boy in the Dress enjoyed a surprise visit to rehearsals from singer-songwriter Robbie Williams ahead of the show’s opening in Stratford-upon-Avon on 8 November.

The new musical, based on the best-selling novel by David Walliams, features sixteen original compositions by Robbie Williams and his long-term writing partner Guy Chambers. 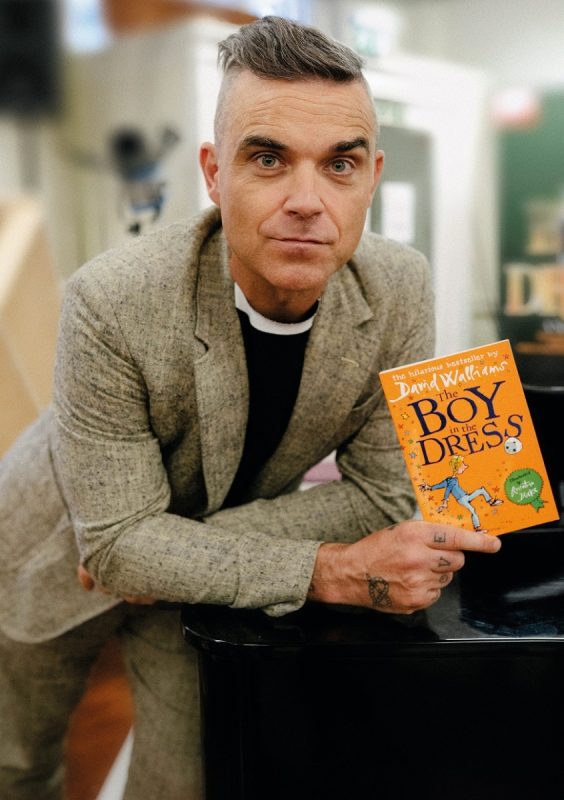 Robbie Williams said: “I’m a big fan of David’s books, so when he approached Guy Chambers and I about writing the soundtrack to the new musical version of The Boy in the Dress for the RSC, we were genuinely delighted. It’s overwhelming to be in front of such a talented cast, hearing these words back, and the show itself touches all the right buttons in all the right places.”

“I went to a lot of theatre when I was a kid and I was in a lot of theatre as a kid and I remember the overwhelming feeling of people clapping for me and cheering for me. It was the first time that I thought maybe I’m good at something, and to this day, that moment is still palpable. Looking at this young cast and seeing them perform, I feel like I know them because, I’ve been them. 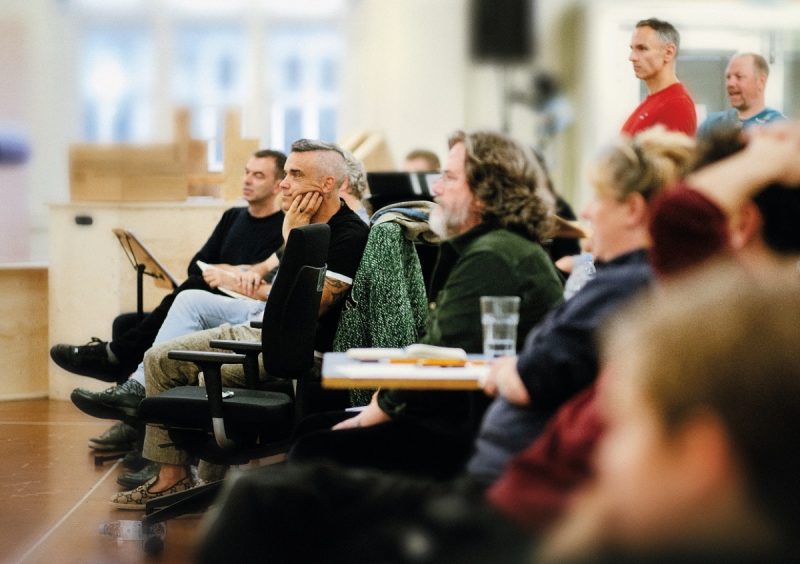 The visit took place shortly after the announcement of Robbie’s new Christmas album, ‘The Christmas Present’ due for release on 22 November.

The new musical, directed by RSC Artistic Director Gregory Doran, is a heart-warming comedy telling the story of star striker and fashion lover Dennis and is adapted by former RSC writer-in-residence Mark Ravenhill. The production opens at the Royal Shakespeare Theatre, Stratford-upon-Avon on 8 November 2019 and runs until 8 March 2020 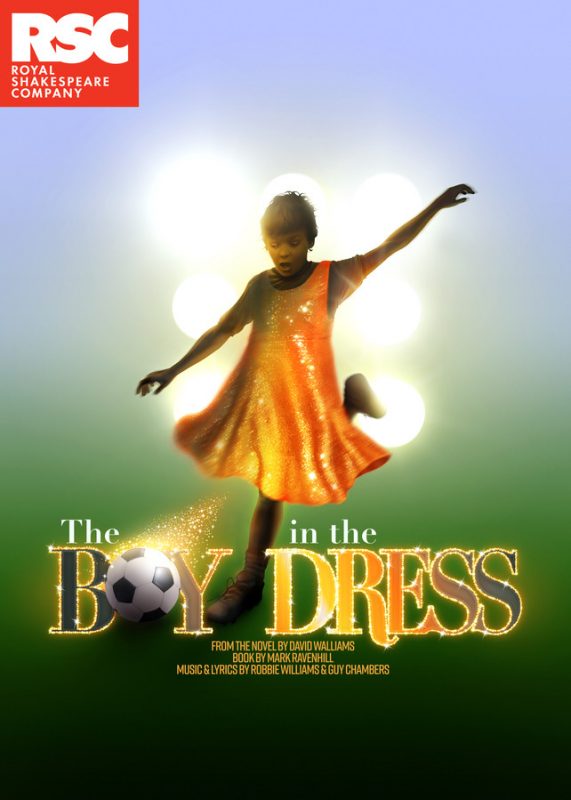 The Boy in the Dress is at Royal Shakespeare Theatre, Stratford-upon-Avon from 8 November 2019 – 8 March 2020