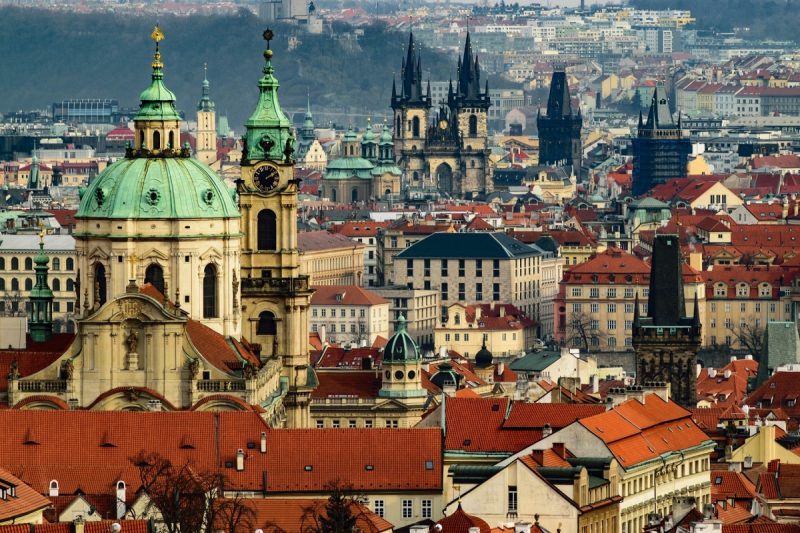 Want to go on holiday but spent all of your money in the beer garden over the bank holiday weekend?

Luckily, Europe has a whole host of locations that can help you stretch the pounds this summer whilst still soaking up the sun, beer and rich culture.

Photo by Dan Novac on Unsplash

Budapest is a modern city in the Hungarian capital nicknamed “Little Paris of Central Europe” full of trendy restaurants and shops. The city is separated into two parts: BUDA and PEST, divided by the Daube river.

Cross the Chain Bridge or the Liberty Bridge to find BUDA where you can climb the hills to reach the Royal Palace. PEST is the new city where you can find brilliant landmarks such as the majestic Parliament (which is free to visit for EU citizens). The new city also has great nightlife suitable for students. Spend an evening in Morrisson which is usually packed with international crowds.

Make use of the free walking tours that are offered by budget hotels daily which gives a comprehensive tour of the city. It is beneficial for travellers to get a first view of the city and to get a clearer idea of how to make your way around the city.

Relax out in the sun and dip into the cool water of the Szechenyi Thermal Baths, known as one of the most famous thermal baths in Hungary. This is a great chance to immerse into Hungarian nightlife to enjoy outdoor saunas and steam rooms all in a flamboyant setting.

Photo by Anastasia Dulgier on Unsplash

If you are visiting Europe during the summer months and want to escape the crowds, Bratislava, capital of Slovakia is the place to go.  The city may not be as popular as places like Vienna, but don’t let that fool you. Bratislava is underrated as a destination with its compact old town, elegant city streets and outdoor café culture; however, it’s a worthwhile place to visit.

Due to Bratislava’s compatibility, you can walk from one side of town to the other in less than 10 minutes; however, you can spend several hours exploring the cobbled streets shopping and delving into Slovakian delicacies in local cafes. Within the town resides the old town hall, which is one of the oldest buildings in Bratislava built in 1370 and was previously used as a prison. This building stands as a great landmark within the serene surroundings.

Photo by Severinus Dewantara on Unsplash

Krakow is also a great destination for travellers for people who want to see a lot for a little.

If there’s a perfect place to dine out cheaply, it’s definitely Krakow. There are street food options such as the traditional zapiekanka (open-face sandwich topped with sautéed mushroom, cheese and tomato) or obwarzanek (braided ring-shaped bread boiled and sprinkled with salt and poppy seeds).

It’s also easy to party in Krakow as the bars are full and clubs are always filled. There are traditional Polish bars where you can get a shot of vodka, a glass of wine or a pint for only a euro. Traditional pubs such as Alchemia also don’t charge entry fees which is great as you don’t have to worry about splurging just to get inside a club or bar.

Explore Krakow’s beautiful green parks, take a stroll along the Vistula river and stroll the cobbled streets – all for free! Photo by Dmitry Goykolov on Unsplash

Prague is a city break that can be explored within 2-4 days. The capital of Czech Republic has a lot to offer in terms of architecture, culture, food and drink.

No trip to the Czech capital would be complete without visiting Prague’s famous beer gardens. They are usually located within the city’s many parks as the garden offers a relaxing atmosphere to sip on local brews.

Prague has a large student population so there are a lot of cheap restaurants. Nearly every restaurant in Prague will have a discounted lunch menu between 11am and 2pm weekdays. Sweet, savoury or tangy, you will find something that will adhere to your taste buds. For instance, people with a sweet tooth, Palacinky are Czech pancakes rolled up and served with fillings like jam, cream and fruit, almost like crepes but with a different cooking method and batter.

Photo by Hristo Sahatchiev on Unsplash

Sofia has been named one of the cheapest cities in Europe, according to Backpacker Index and is a great city for walking around and embracing a different culture. There are many tours that are free such as the Balkan Bites Food Tour. This allows travellers to visit five local food establishments in order to sample their specialities. The tour guides talk about the history of food in Bulgaria and answer any questions people have about the city.  There is also a communism tour which teaches travellers about life in the communist era which includes a Trabi car ride which runs every weekend from 10am. Another exciting exploration is the graffiti tour which showcases all the street art in Sofia and explains the stories behind it.

At the heart of the city centre holds the National Palace of Culture which is a striking sight in itself. The breath-taking hexagonal design made from grass and concrete hosts many events, art exhibitions and musical concerts, meaning there will be something interesting during your visit.

Photo by Hristo Sahatchiev on Unsplash

Poland’s capital Warsaw provides a pulsating atmosphere for the country. The capital has a vibrant cultural space that attracts new businesses whilst clinging to its important past of the 1944 uprising of Polish royalty.

Travellers are spoilt for choice when visiting Warsaw, i.e. the most iconic must-see building called the Palace of Culture and Science. It was a gift from Stalin back in the communist era which divided opinion among the residents. Love it or hate it, the building is pretty hard to miss; however, you can get sublime views of the city from the 30th floor.

To get a taste of royalty, Warsaw’s Royal Castle is situated in the old town of the serene castle square.

An unmissable treat is visiting Poland’s finest chocolate factory in the city’s Praga district. The Wedel factory offers daily tours that allow you to sample the chocolate, as well as see the up and coming city of Praga.

Another great cultural addition is walking alongside the Vistula riverbank, the longest river in Poland that runs over 30km. Alongside the riverbank, there is a new beach café and pavilion space called Plazowa that hosts a cycle of concerts performed by Poland’s young musicians and the best thing is that it’s free to attend. Plazowa also includes an outdoor theatre and cinema, a swimming pool, as well as many cafes and bars.