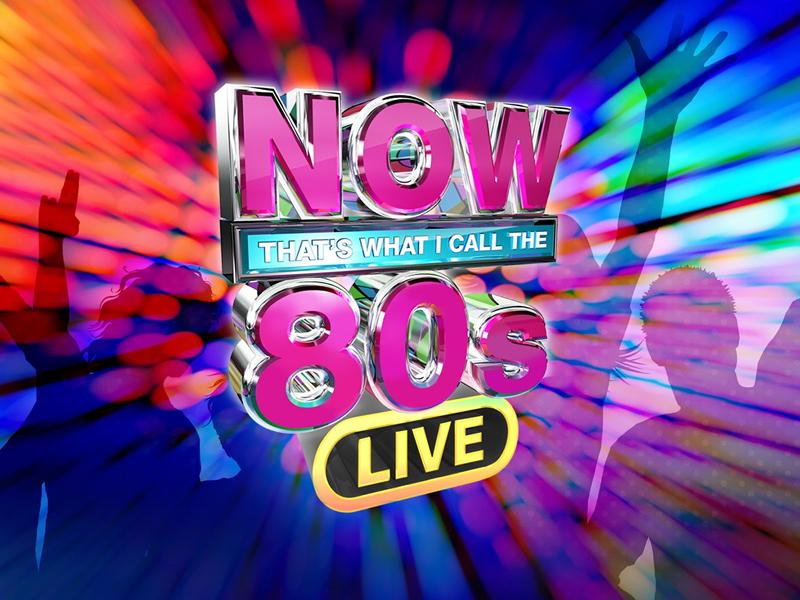 Whether you grew up in the 80s, 90s or 00s, it’s simply impossible that you won’t own at least one NOW album – and the vast majority of us own a hell of a lot more. The definitive compilation albums revolutionised the music industry when they first appeared in the early 80s, and quickly became the essential musical purchase three times a year when the new Now That’s What I Call Music album dropped, whether on vinyl, cassette, later CD and later still download.

Now, though, there’s an entirely new way to experience the phenomenon of these albums – with Now That’s What I Call The 80s LIVE. This all-star show is a unique theatrical and musical experience with a stellar band, astonishing West End singers and hosts and former Radio 1 stalwarts Gary Davies and Mark Goodier. They’ll be performing songs by huge artists like Whitney Houston, Duran Duran, Bon Jovi, Wham!, Madonna, Frankie Goes to Hollywood and Billy Joel. 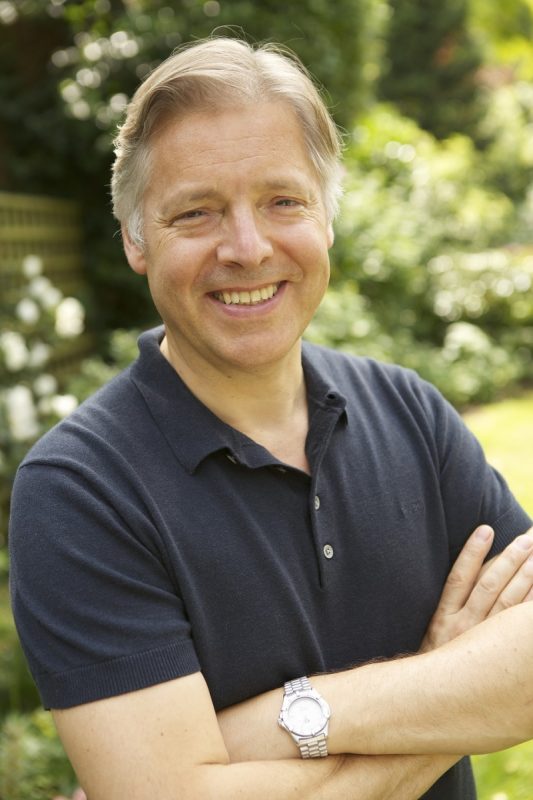 And MC and former Radio 1 star Mark Goodier is absolutely thrilled to be on board.

Mark, who has voiced the TV ads for the Now albums since Now 21, is delighted to continue the association with a brand he adores.

He told us: “I am very excited, I have been lucky enough to do the album voiceovers since Now 21 in the early 90s and started my radio career in 1980 so it means I am very familiar with all these songs and I currently do a daily show on Greatest Hits radio which is Bauer’s national gold station so we play these hits all the time. So there is an appetite for these songs and the memories they evoke.

“I was slightly removed, Gary Davies who is doing the full tour was at the heart of it all because he started at Radio 1 in 82 and was there at national radio level for all of the decade. I started at Radio 1 at Christmas 87. So I was five years behind him, I was in Glasgow at Clyde and Forth in Edinburgh and Metro in Newcastle, so did see it in a different way slightly. The songs from the end of the era we feature in the show I was playing at Radio 1.

“The series was huge from the beginning, Gary said it changed the game for compilations. Now came out three times a year which was very good judgement, that was enough to capture all the most significant hits but wasn’t too much that they were always trying to sell them an album and that made people get into the brand and want to connect it as they have in their millions.”

Of course it’s all about the songs and the track listing is simply incredible, an era-defining blend of hits form all styles and some of the most iconic artists on the planet.

Mark said: “I wasn’t involved in selecting the track list but if I had been asked to do it, it would have been a very similar list. This is an absolute blockbuster set of songs that people will know, love, sing along to, evoke memories and be part of the soundtrack of the audience’s lives. If you were in the 80s watching TOTP these songs are hard to beat.”

Obviously the 80s, in terms of music, style and everything in between, are hugely cool now, something no-one at the time could see coming. Goodier said: “The 80s wasn’t cool for a long time but now it is but those songs will evoke memories of your first job, of having kids, someone who was in their teens in the 80s. I was 21 so was a young adult playing these songs on the radio. Looking down the list many of the artists and the bands were British behind the biggest hits of the decade. We lead the way in a lot of ways. There was New Romantic and beyond but the 80s yielded some of the best British pop songwriting. We had it in the 60s then Bowie, Bolan and many more in the 70s and the 80s showed we could still do it.

“The 80s are very cool again, when you’re in the 90s looking back the 80s is close and you’ve heard the records a lot, it maybe takes time to get music and life into perspective. The 80s is an area of music nostalgia people love wallowing in and have done now for at least 15 years. There is a difference now – the music now, I don’t want to sound like an old git, it’s about hooks and beats, someone amazing like Ed Sheeran occasionally does both, but then it was about great songs. The quantities of records sold, the careers made, George Michael, Culture Club, Eurythmics, they are still played a lot and have stood the test of time.

“Of course it’s right that the music then had a big influence on some music now. Most of the people at the shows will be people who remember the songs first time around but not all, if you’re from a family that loves music you might have been a young kid in the 80s and 90s and you know the songs from home so they span a much greater period than those of us who were just there.

“When you get to the 90s you look back and say the haircuts were not great, I have a mullet in my wedding photo, but Gary always came across like he had a bit of fashion sense, I had zero. I don’t think I was ever cool certainly. The music stands the test of time of being right up there at a very high quality. Never Gonna Give You Up, a massive song, amazing but SAW were not cool at the time but Rick has subsequently become very cool with Rickrolling. You do reappraise music and there is no fight you can pick and win with any of the songs on this show as they are all great.”

He said: “Not only are the songs great but the band and the quality of the singers are second to none, a night of incredible memories and one to remember. If you went to see a band in concert they may talk for 20 seconds, our job is to bring the songs to life and help people retrieve memories, set up and tease the songs coming up. I’d say it’s like a 1980s revue. In the 70s whenthe Motown revue went out they did all the hits, here you will hear all the big hits in one place, which is amazing.

“The performance show is a nice twist, it’s a concert show not a jukebox musical but the songs are so strong it will be quite evocative, it will be a night of great memories and celebration. This little
island has produced some of the greatest songs over the years so this sountrack will be incredible. It’s had a huge influence everywhere. We are talking about the 80s before everyone was on a different screen, five people on five phones and a TV and a console all in the same room at the same time, this is a time when people had little to compete with music for their attention so the passion and connection was stronger, it’s another reason it will work so well.”

WIN A PAIR OF TICKETS TO NOW That’s What I Call The 80s Live on 15th november at de montfort hall, leicester

To enter all you have to do is enter your details below.