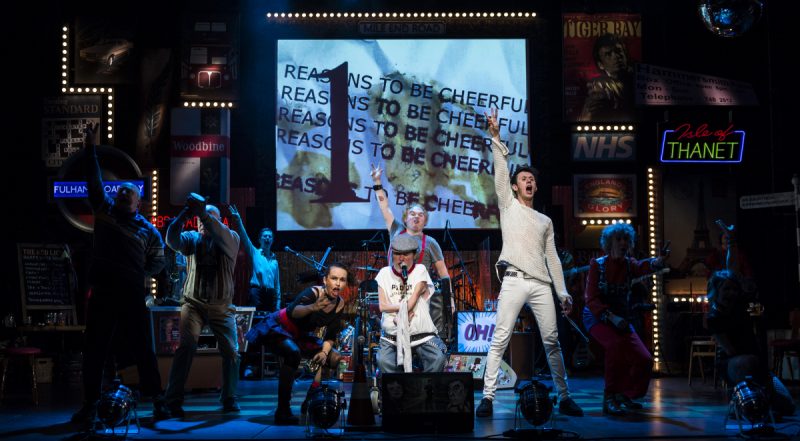 Following its streaming of Amy Ng’s Under the Umbrella from 22-29 May, the Belgrade Theatre has announced that two further productions will be made available to watch online for free this summer.

From today until 3 August, audiences will have the chance to revisit the Ian Dury and the Blockheads musical, Reasons to be Cheerful. Part gig, part play, this loud, bold and jubilant coming-of-age tale was produced by Graeae in association with the Belgrade Theatre, and premiered in Coventry in September 2018.

Written by Paul Sirett and directed by Graeae’s Artistic Director, Jenny Sealey, the show is packed with punk attitude and stone-cold classic songs like Hit Me with your Rhythm Stick and Sex and Drugs and Rock and Roll, as well as the titular Reasons to be Cheerful, Part 3.

Then from 16-30 June, the Belgrade will once again partner with Tamasha to present the online premiere of Satinder Chohan’s, Made in India. Co-produced by the Belgrade Theatre and Tamasha in association with Pilot Theatre, this powerful play about motherhood is centred on the commercial surrogacy industry in India.

FULL DETAILS OF HOW TO WATCH CAN BE FOUND ON THE BELGRADE’S BETWEEN STAGES HUB AT WWW.BELGRADE.CO.UK/BETWEEN-STAGES.