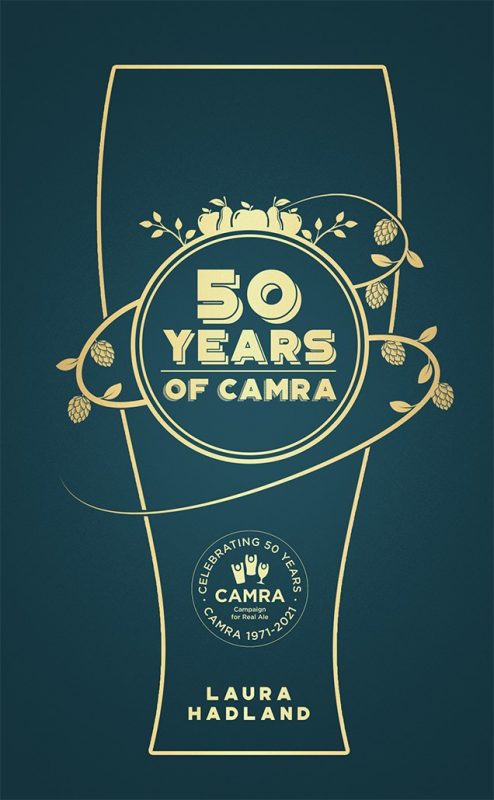 Beer lovers can immerse themselves in a new biography of the Campaign for Real Ale (CAMRA), which promises to reveal its history, “warts and all”, as the campaigning organisation celebrates its 50th anniversary.

50 Years of CAMRA, by beer writer Laura Hadland, contains first-hand accounts from members and industry professionals, detailing the highs and lows of one of the world’s most successful consumer organisations. It is now available for pre-orders with copies officially available on CAMRA’s birthday, 16 March 2021.

The book tells the living history of one of the UK’s most colourful campaigns – from its roots established by four young men from the North West keen to protect cask conditioned ale, to the organisation that has changed the face of the beer industry today.

Told through the stories and memories of the people that made change happen, 50 Years of CAMRA is the definitive biography of the organisation’s growth. Laura includes the memories of mock funerals held for breweries under threat of closure, mass rallies outside the Houses of Parliament, and unique tales such as a volunteer flyposting the city of Leeds in a daring midnight raid on a 650 Suzuki with 800 CAMRA festival posters.

Author Laura Hadland says: “It has been a pleasure uncovering the real history of CAMRA to celebrate its anniversary year. The campaign has come a long way since March 1971 when the four founders decided it was time to demand better. CAMRA has created life changing experiences for its members and advocated for beer drinkers for half a century.

“I would like to thank everyone who generously shared their stories and memories with me. CAMRA stands for consumers, for campaigning, and it has created a huge network of lifelong friendships that have been shared over a cheeky half. Now, on the eve of the 50th anniversary, lockdown has brought a new threat to cask conditioned ale, pubs and breweries – and CAMRA’s role has never been more important.”

To find out more and pre-order your copy, visit https://camra.org.uk/50-years/50th-anniversary-book/