WARM UP YOUR WINTER WITH THE UK’S HOTTEST CURRY KIT 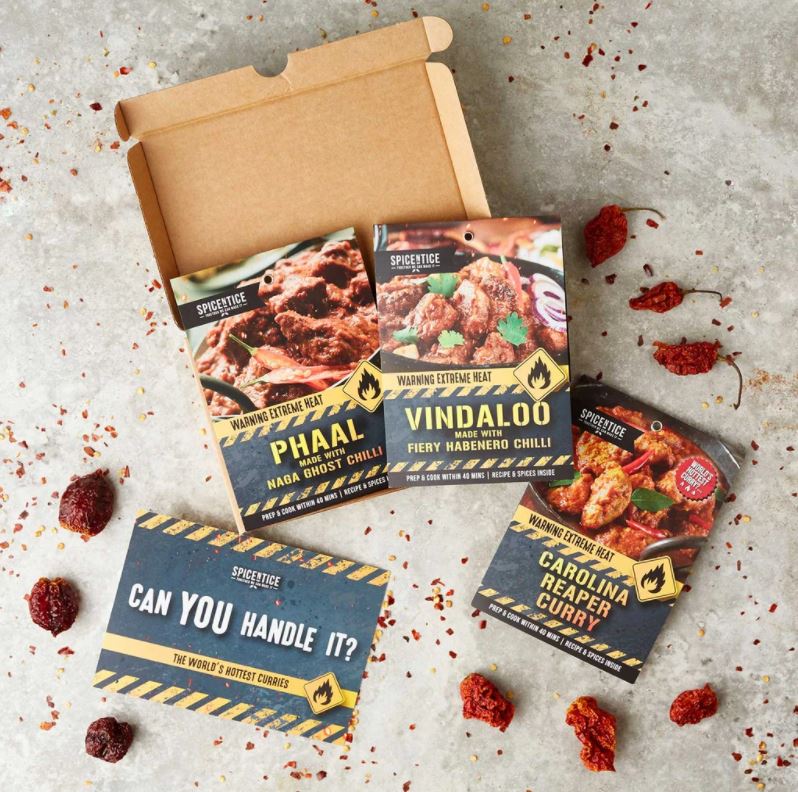 Spicy food fans are being challenged to sample a curry kit containing the strongest chilli in the world, the Carolina Reaper.

Spice kit brand Spicentice.com, based in Leicester, has developed three new curry kits which they believe could be the hottest available in the UK.

The Carolina Reaper Curry carries an extreme meat warning and contains 4g of the chilli which makes up 17% of the kit.

The Carolina Reaper pepper is the hottest in the world, measuring at a staggering 2.2 million Scoville units. To compare, jalapenos are around 8,000 Scoville units.

The chilli has been finely ground into the spice kit to add a real sting and long-lasting burn that hot food fans will love. 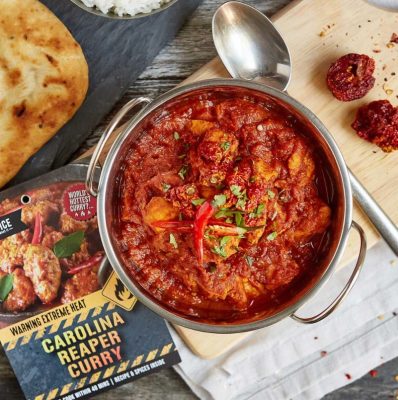 The two remaining curries are a Phaal made with Naga Ghost chillies and the tamest of the three, a Vindaloo with fiery Habanero Chillies.

Naga ‘Ghost’ chillies also deal a spicy blow as they measure 750,000 Scoville units. The Habanero chillies sit at 350,000 on the Scoville scale and are the most common chillies used in hot curries.

Each kit contains a step-by-step recipe card and shopping list, allowing customers to serve up four portions per packet.

Each kit is priced at £3.59 or can be bought as a gift set for curry fans this Christmas.

The curry kits use 100% natural ingredients and are suitable for vegans and vegetarians.