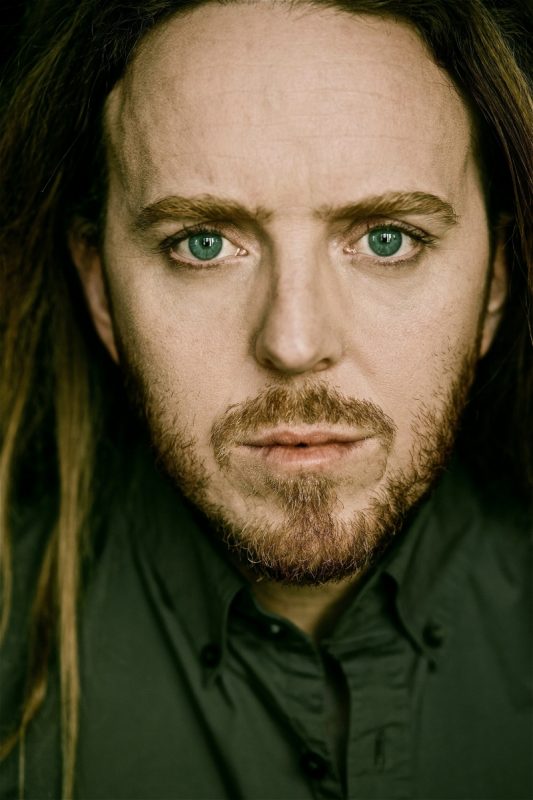 When the Sunday Times decribes a show as ‘Easily the standout musical of the decade’ and even The New York Post tells its readers to ‘Believe the Hype’ you know you must be on to something good. Winner of over 85 international awards- including 16 for Best Musical- Matilda The Musical, the multi-award winning musical from the Royal Shakespeare Company, continues to delight audiences around the world and this summer comes to Birmingham’s Hippodrome from the 3rd July to 8th September.

Inspired by the beloved book by the incomparable Roald Dahl and with original songs by Tim Minchin, Matilda The Musical is the story of an extraordinary little girl who, armed with a vivid imagination and a sharp mind, dares to take a stand and change her own destiny.

Theo Bosanquet caught up with writer Tim Minchin to find out more about the show’s creation, it’s amazing critical and audience reception and what he would do if he, like Matilda, had magical powers.

How did you first get involved in Matilda The Musical?

Back in 2008 I was beginning to get some traction as a comedian. The Royal Shakespeare Company called me in for a meeting and I didn’t know what it was about, so I sort of walked in blind. Matthew Warchus, who was so unassuming I didn’t realise he was a giant of his field, asked if I knew Roald Dahl’s work. I said yes, of course, and he said they were thinking about making a musical of Matilda. I told him the same thought had occurred to me a few years earlier and I’d even tried to get the rights. So it was a moment of huge convergence. But because things were going well in my comedy career, when they first offered me the job I hesitated. Fortunately I ignored my doubts when I realised what an amazing opportunity this was.

What were your priorities when it came to writing the music?

Writing musicals is hard, because it’s really easy for them to be cheesy nonsense. And with Dahl it felt especially important to avoid this. He was the king of my childhood, and he wrote with this holy trinity of humour, heart and darkness. The humour and the heart only work with the darkness to offset them; without it you’re not doing him justice. There’s a lot of stuff you can’t put cherries on, especially in Matilda. So primarily I wanted to make sure that when the actors started singing the songs, the audience didn’t feel compelled to slap them. I passionately wanted to avoid a ‘Disneyfication’ of the story.

What difference does it make to have child actors at the heart of the show?

The extraordinary thing about watching Matilda is that you’re watching a show about a miraculous child being performed by seemingly miraculous children. I wrote the songs for children and always crossed my fingers that we could find young performers with the talent to deliver them. It soon became very apparent that we could. I especially love it when people come with quite low expectations of how good a show performed by kids can be, and then have their minds blown. 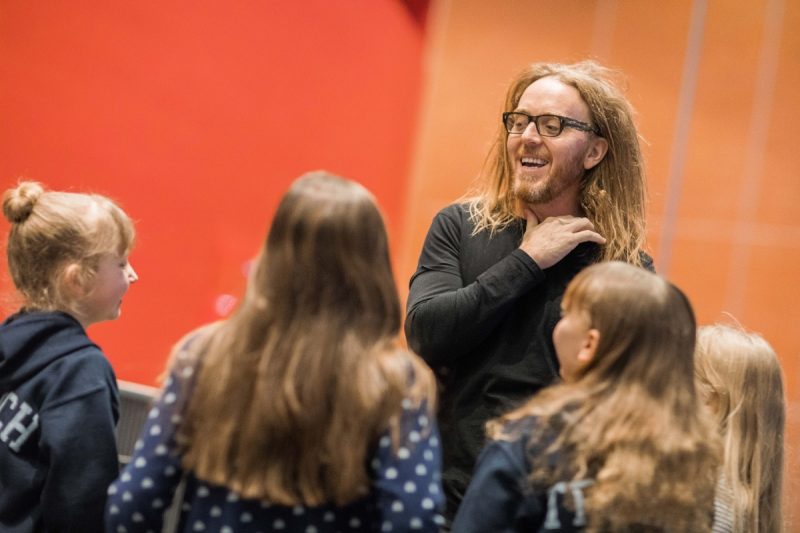 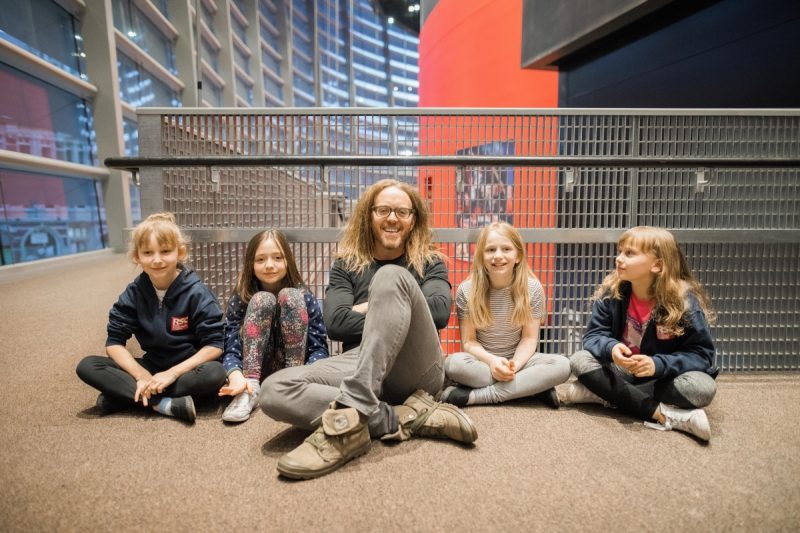 When did you first realise you had a hit on your hands?

I think it was incremental. I knew it was special the moment I read Dennis [Kelly]’s draft, and then I saw Rob [Howell]’s design and Peter [Darling]’s choreography, and just knew I could trust these people. Then Chris [Nightingale] did such an amazing job with the orchestrations. I’ll never forget the sitzprobe, when I heard the songs performed by an orchestra for the first time – it remains one of the happiest days of my life. And first night was incredible, and I was already in a pretty heightened state because I’d just opened my first arena tour the night before! So I always knew it was special but I never allowed the idea to enter my head that it would run for so long.

Do you have a favourite moment in the show?

It depends on the performance, but if I had to pick one I’d say ‘Quiet’. It’s just this amazing moment when a small child stands in a spotlight with her eyes closed and her arms out, after this freefall of ideas has gone through her brain. And there’s total silence. It comes at the point in the musical where typically you get a big, belting song. But we put two fingers up at that, because at that point in the story our character just needs peace. It always makes me feel very special. 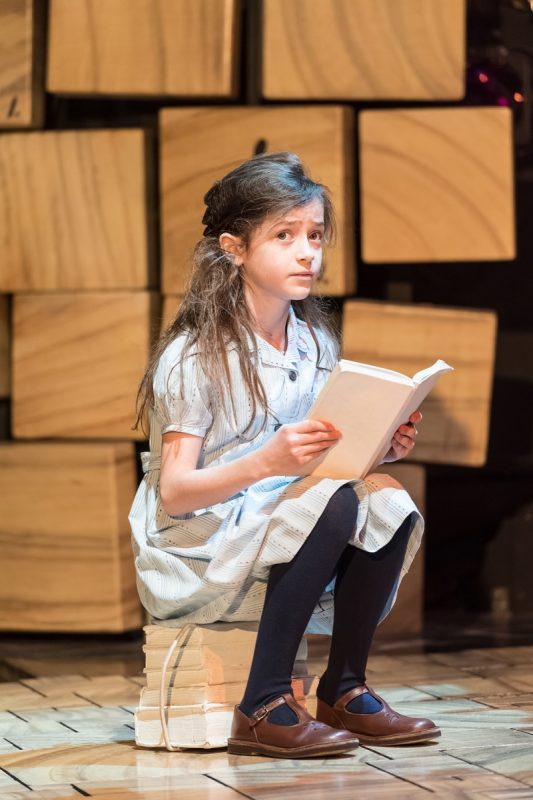 What does it mean to be taking Matilda The Musical on tour?

I think it’s brilliant that there’s going to be another production. And it’s such a good production too, with lots of great Matilda alumni in the cast. The show has been seen by millions of people, and feels like it’s become a part of our culture. But there are many people who haven’t managed to get to London or New York to see it. I think it’s great that they now have the chance. The fact this production will open the show out to a whole new audience is very gratifying.

Is the show just as relevant now as when it opened?

Matilda is a love letter to the power of stories, imagination and kindness in the face of cruelty, greed and superficiality. I think it’s become even more relevant in recent years. Combine Miss Trunchbull and Mrs Wormwood and you basically have the current President of the United States. But on top of that, it tells kids that reading is cool, and that changing your story and standing up to bullies is possible. That’s a timeless message. And the RSC is running a brilliant education scheme around the tour, which makes me even more proud to be a part of making this production happen.

One of the songs you wrote for the show is ‘When I Grow Up’. When you were young, what did you want to be when you grew up?

I wanted to be a farmer, which was a bit weird because I was asthmatic and allergic to hay. But my grandad had a farm we loved, so my brother and I naturally wanted to be farmers. Later on I wanted to be a teacher, partly because I never really thought you could be a poet or a songwriter. It took me a long time to work out that that could be a genuine career path. 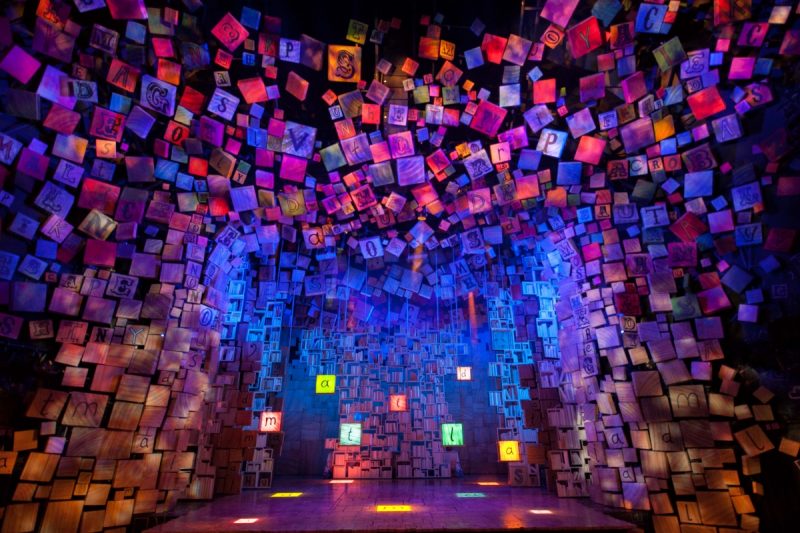 If you could have a magical power, like Matilda, what would it be?

I would like her ability to read so many books in a week. Especially now I’ve got kids attending new schools, I feel I have a lot to catch up on. But usually I get halfway through a page and fall asleep with the book on my face. So I would love to have Matilda’s ability to vacuum up knowledge; I’m so frustrated by the books on my own bookshelf, never mind the countless others in the libraries of the world.

Matilda The Musical runs at the Birmingham Hippodrome between 3 July and 8 September.

For tickets visit www.birminghamhippodrome.com or call the box office on 0844 338 5000