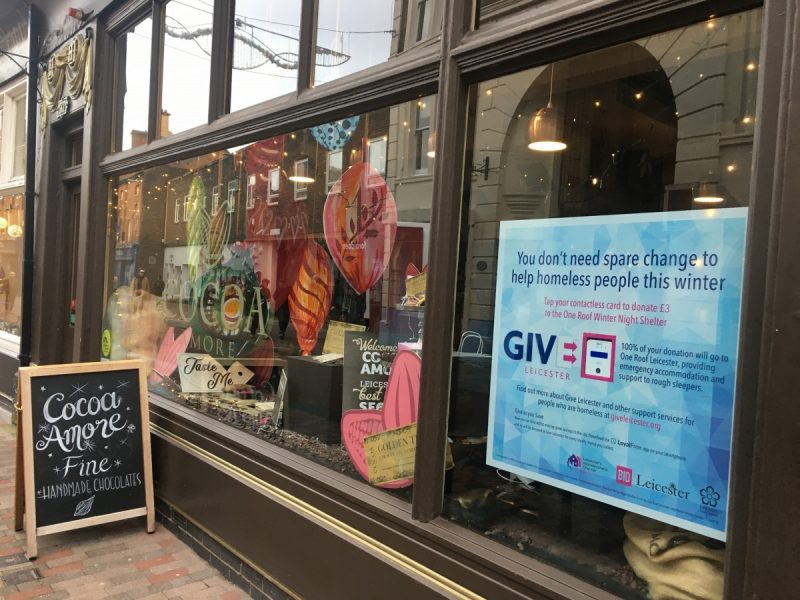 People wanting to donate at Give Leicester contactless donation points to help homeless people can now do so at six more locations in the city.

The new contactless donation points were launched on Wednesday 18 December, bringing the total number of giving points in the city to 15.

Give Leicester donation points are now located at: The Exchange Bar, Baxter’s Bakery on Queens Road, Cocoa Amore, Marks & Spencer and Shires Lane. A sixth point at University of Leicester Charles Wilson Building will be up and running for when students return from their Christmas break.

Contactless donation points were first launched in the city in November, thanks to a partnership between BID Leicester, Leicester City Council and Leicester Homelessness Charter to help make giving to people who are homeless easy and secure. 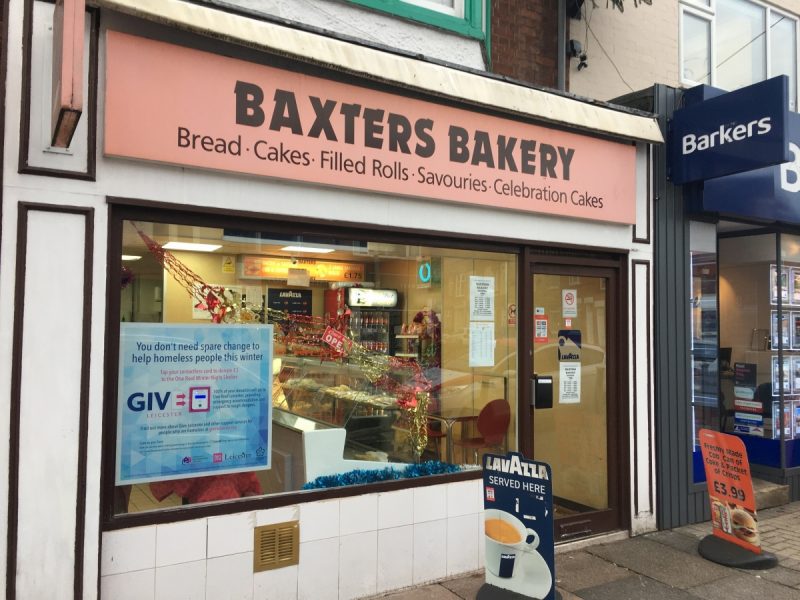 Almost £2,700 has been raised by the public since the contactless donation points were launched, with BID Leicester and Leicester City Council covering all transaction costs to ensure that 100% of the money donated goes to the One Roof Winter Night Shelter. The Give Leicester donation points are small, contactless terminals, which enable people to make a £3 donation simply by tapping their card or smartphone. Donations go to One Roof Winter Night Shelter, which provides additional emergency accommodation and food during the coldest months of the year. 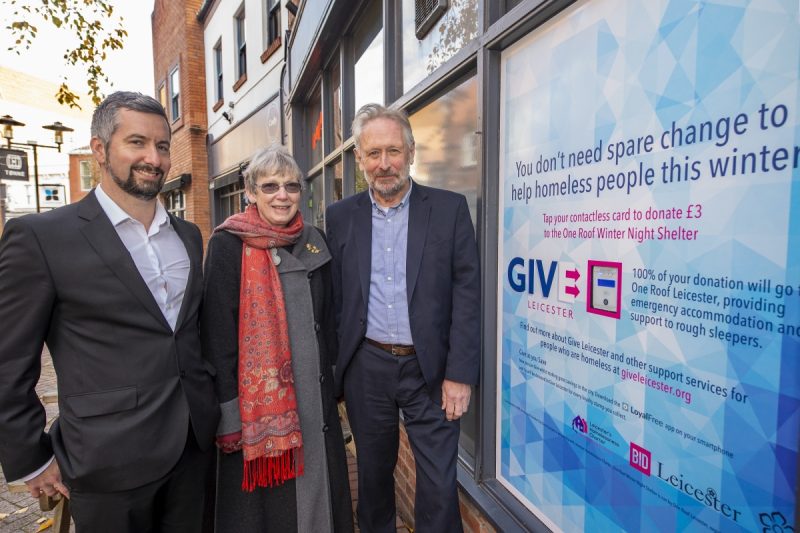 As well as money donated by the public, the Give Leicester scheme has received a donation of £945 from Leicester-based company LoyalFree, and £6,408 from visitors to Museum of the Moon at Leicester Cathedral. This brings the campaign total to £10,045.

The public can continue to support the Winter Night Shelter as they shop locally by downloading the LoyalFree app – for every loyalty stamp collected, the company will donate 1p to the cause.

The Give Leicester initiative also supports a website listing over 75 organisations in the city that offer support services for homeless people in a bid to educate both vulnerable people and the wider public on the services already available in the city.

Find out more about the Give Leicester donation points, a directory of services available to people who are homeless and information about the Leicester Homelessness Charter at giveleicester.org