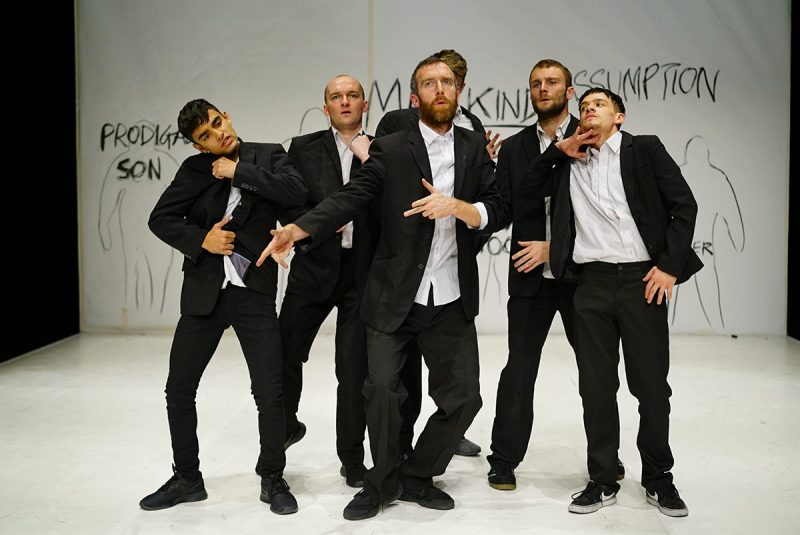 Directed by ‘one of the most important feminist artists working in Britain today’ (The Observer)  Shut Down explores the spectrum of modern day masculinity and investigates the pressures, contradictions and confusions of being a man.

Vincent Dance Theatre’s first ever all male production is timely and highly charged  ‘political and poetic dance theatre’ (London Dance), from one of the UK’s most risk-taking and rigorous choreographers.

Fusing physical theatre with hip hop, and featuring powerful original spoken word lyrics, Shut Down is a moving and darkly comic performance that asks: in a post Trump, post #metoo, gender non-binary world, what does it mean to be a man today?

Devised by an extraordinary cast of men and boys whose experiences punctuate the show, Shut Down continues Vincent Dance Theatre’s exploration into gender politics and what it’s like living in the world we’ve created for young people.

Discussing Shut Down on BBC Radio 4’s Woman’s Hour in 2017, Charlotte Vincent said: “Young men are struggling with isolation, feeling lonely, absent father figures and not knowing where to go with their problems. We know too that pornography is being seen by boys at ever younger ages and how this is affecting their psychological wellbeing and their notion of what young women are for them.

“With Shut Down, we’re playing with archetypes and behaviours to represent the internal and external struggle men face to find a role in contemporary society.”

*Discounts are subject to terms and conditions, availability and are only valid on certain performances.