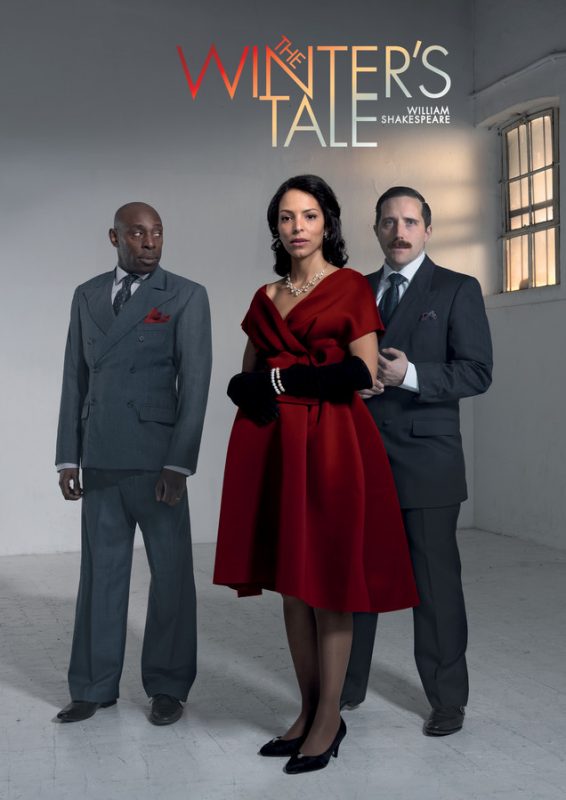 With the one-year anniversary of theatres being forced to close in sight, audiences will finally get to see the Royal Shakespeare Company’s The Winter’s Tale and The Comedy of Errors, two of its postponed 2020 major Shakespeare productions.

A filmed version of The Winter’s Tale, directed by Erica Whyman, RSC Deputy Artistic Director, will be broadcast on BBC Four around Shakespeare’s birthday in April (transmission date TBC), and will then be available on BBC iPlayer.  The Winter’s Tale film adaptation forms part of BBC Lights Up, an unprecedented season of plays for BBC TV and radio, produced in partnership with theatres across the UK and continuing BBC Arts’ Culture in Quarantine initiative. The RSC will also stream the production to Subscribers, Members and Patrons based outside the UK following the BBC broadcast.

In the Summer the RSC will restart live performances in Stratford-upon-Avon for in-person audiences, opening with an outdoor production of The Comedy of Errors, directed by Phillip Breen. The Company will stage the production in the Garden Theatre, a specially constructed outdoor performance space located in the Swan Gardens, flanked by the River Avon and overlooked by the Swan Theatre.  A full performance schedule and Box Office details for The Comedy of Errors and further programming will be announced in mid-April.

Directed by Erica Whyman and featuring the entire cast due to appear in the postponed 2020 production, The Winter’s Tale has been re-rehearsed adhering to strict safety measures. It has been adapted for the television broadcast by the original creative team, with screen direction by Bridget Caldwell. Set across a 16-year span from the 1953 coronation to the moon landings, this production imagines a world where the ghosts of fascist Europe collide with horrors reminiscent of The Handmaid’s Tale, before washing up on a joyful seashore. With set design by Tom Piper, costumes by Madeleine Girling, and music by Isobel Waller-Bridge, the cast includes Ben Caplan as Camillo, Andrew French as Polixenes, Amanda Hadingue as Paulina, Kemi-Bo Jacobs as Hermione and Joseph Kloska as Leontes.

Phillip Breen will reconceive The Comedy of Errors, one of Shakespeare’s earliest and arguably funniest plays, for outdoor performances to open the newly created Garden Theatre.  Phillip’s previous RSC directorial credits include The Merry Wives of Windsor, The Provoked Wife and The Hypocrite.  The production is designed by Max Jones.  Full casting and creative team details, alongside further details about the Garden Theatre, will be announced in April.

“As we approach the anniversary of the temporary closure of theatres due to the pandemic, it is fantastic to announce future plans and look ahead to audiences returning to Stratford in the summer.

“Our doors closed as The Winter’s Tale and The Comedy of Errors were preparing to open.  Both productions will now be seen by audiences one year on – The Winter’s Tale on screen into people’s homes via BBC Four and BBC iPlayer, and The Comedy of Errors opening our new Garden Theatre, where audiences can return to Stratford and see Shakespeare in the open air.

“It has been an incredibly tough year for all in the industry, including our freelance colleagues who make this industry tick.  Despite having to postpone and cancel productions, we have continued to share Shakespeare online and outdoors, and support young people and teachers throughout the pandemic.

“These have and will continue to be challenging times, but we look forward with optimism.  The outdoor theatre gives us the security that we can perform to good sized audiences as we emerge from the pandemic and prepare for news on the government roadmap’s ‘no earlier than’ dates.

“We’ve had extraordinary support, generosity and patience from our supporters and audiences, which has been a great source of encouragement as we have navigated the ups and downs of the year. Alongside our colleagues across the industry, we will play our part in the recovery of our towns and cities and the wellbeing of our communities, and we cannot wait to welcome audiences back”.