Amy Ng’s Under The Umbrella Makes Its Online Premiere 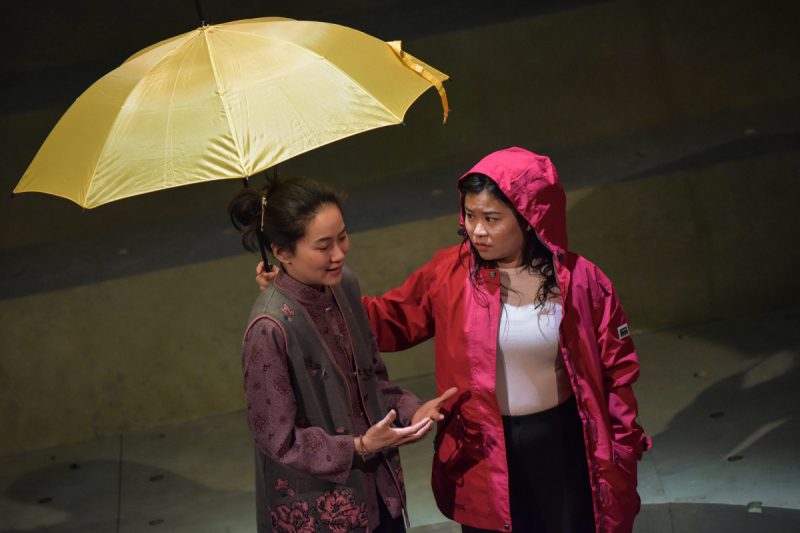 The Belgrade Theatre Coventry in association with Yellow Earth Theatre and Tamasha are delighted to announce the online premiere of their 2019 production Under the Umbrella, which will be streamed via the Belgrade Theatre’s YouTube Channel from 22-29 May 2020.

Set in Coventry and Guangzhou, Amy Ng’s compelling play tells the story of Wei, a young Chinese woman living and studying in the UK. As the single Wei approaches her 27th birthday, her grandmother begins to worry that she will be labelled a “shengnu” or “leftover woman”, and decides to intervene.

Unbeknownst to Wei, her grandmother persuades her mother to start searching for a suitable husband. Affixing Wei’s profile onto an umbrella, she joins the hundreds of parents gathering at the Guangzhou Marriage Market, where the only successful transaction is a first date for your child. 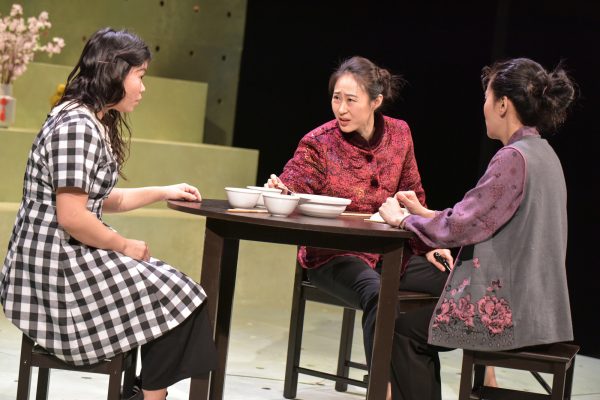 Mei Mac, Minhee Yeo and Charlotte Chiew as Wei, Grandmother and Dong in Under the U

Torn between the conflicting expectations of her family and her life in the UK, can Wei navigate a path between them without losing sight of her own hopes and ambitions?

The play sets out to shine a light on British East Asian stories, some of the least represented on UK stages. It was produced by Lian Wilkinson during her attachment to the Belgrade Theatre as part of the IGNITE programme, a collection of projects curated by the Sustained Theatre Regional Associate Producer Programme (STRAPP). Supported by Arts Council England’s Sustained Theatre Fund, the programme was led by Tamasha with seven regional theatres. 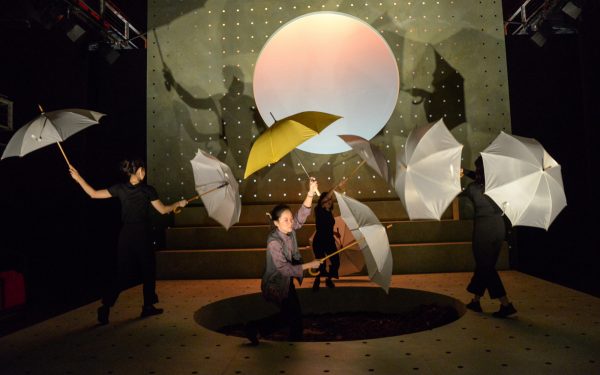 The cast of Under the Umbrella – credit Robert Day

Under the Umbrella Creative Producer Lian Wilkinson said: “This recording of Under the Umbrella was originally shot for archive purposes rather than public broadcast, but faced with such extraordinary circumstances, we are exploring new ways of continuing to share stories and connect with audiences.

“We’re delighted to have the support of the full cast and creative team to share the show online, and we hope that you’ll enjoy revisiting the production as much as we have. If you enjoy it, please do consider making a donation to help ensure that we are able to continue making exciting work like this in future.” 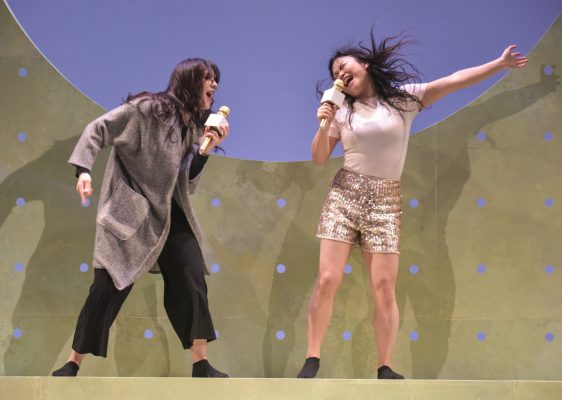 The production is designed by Moi Tran with lighting by Fridthjofur Thorsteinsson and sound and music by Arun Ghosh. Movement direction is by Chi-San Howard, and the dramaturg is Ola Animashawun.