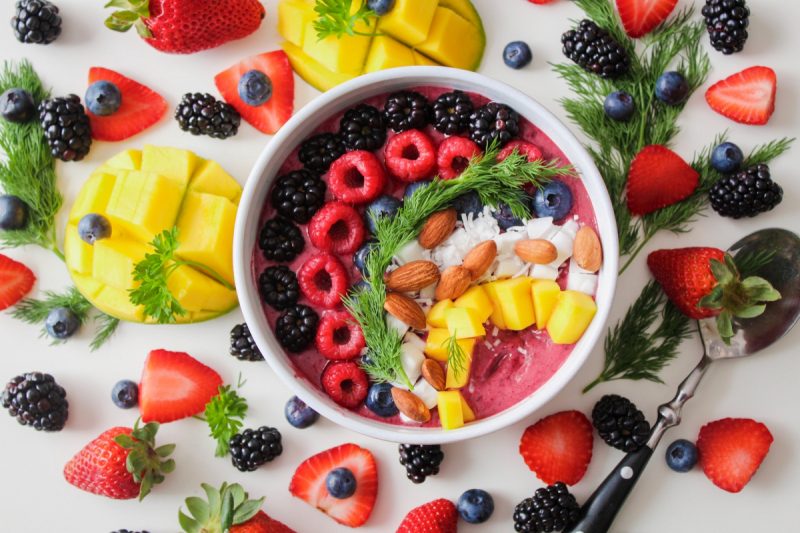 Veganism isn’t just for January, and the number of Brits turning to a plant-based diet is continuing to grow, with 2021 looking to be no exception. According to the Future of Food report from Sainsbury’s, vegans and vegetarians will make up a quarter of the British population in 2025, with just under half of all UK consumers considering themselves flexitarian. That means the demand for vegan choices has shot up – vegan food orders via Deliveroo shot up 115% between November 2019 and November 2020.

Visit Coventry has compiled a list of just a few vegan options to keep those on a plant-based or meat-free diet well fed – even through tighter restrictions when it comes to eating out.

Award-winning pizzeria Basement Browns offers a range of fresh pizzas for takeaway and delivery, using ingredients sourced locally as well as from select regions in Italy, plus a special 72-hour rested sourdough recipe to create their popular pizzas.

Basement Browns offer all the styles and toppings you’d expect, but they also do a whole vegan range of pizzas and sides. There are even vegan options for dessert including a popular vegan carrot cake.

Dumpling King arrived in Coventry after years of a successful street food business. They’re doing takeaways and offer a great range of vegan options for Veganuary, including vegan dumplings packed with mooli, shiitake mushrooms and fresh coriander. Pair them with their vegan chow mein for the perfect vegan feast.

Dumpling King are offering collection as well as deliveries on Monday to Saturday from 4.30pm onwards.

If Mexican food is your thing, you can try the vegan Mexican options Good Food Cartel in Earlsdon. They’re usually based at the Hearsall Inn and are now also doing local delivery of tacos as well as drinks. Good Food Cartel’s blue corn tortillas are handmade from scratch and are sustainable, natural and vegan as well as gluten and GMO free, making them a great choice if you’re doing Veganuary. 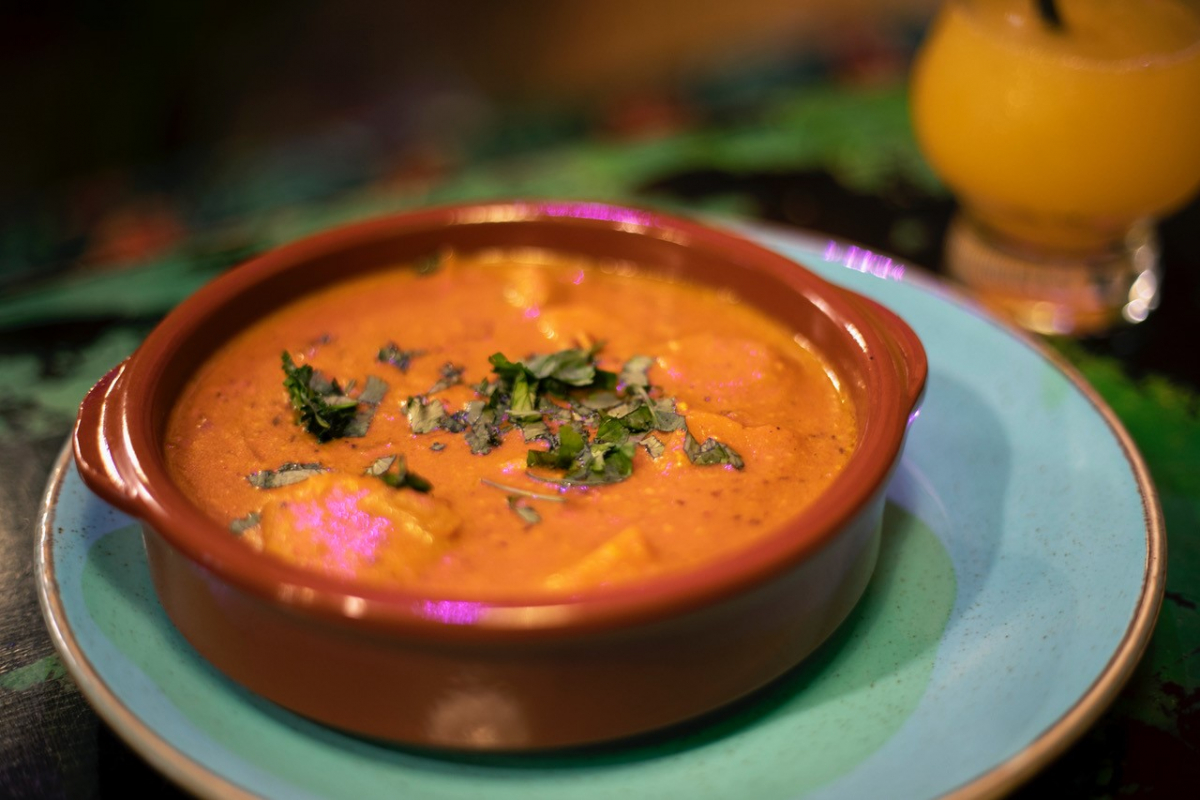 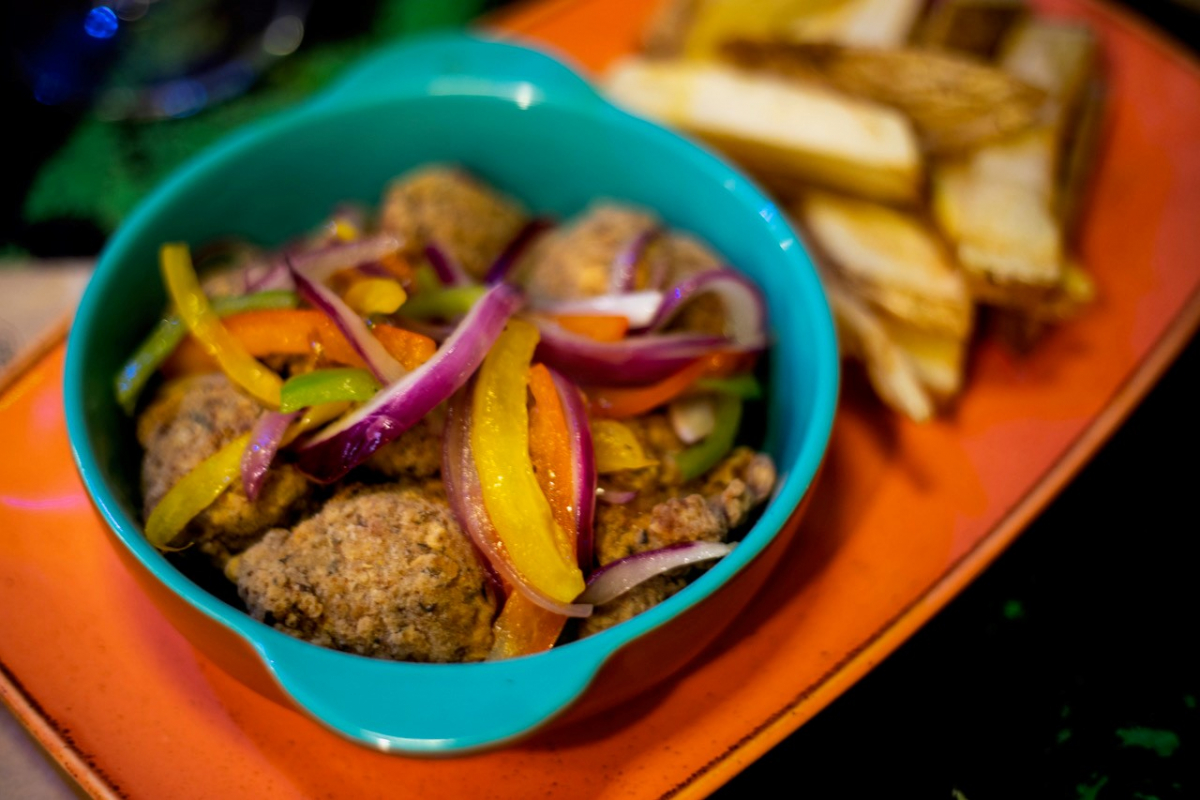 Leave it to Esmie at FarGo Village

Caribbean restaurant Leave it to Esmie, based at FarGo Village, is a popular choice all year round but could easily be a hit if you’re doing Veganuary. As well as classics like curry mutton and salt fish fritters, Esmie’s offers vegetarian and vegan choices like ‘Doubles’ – two flatbreads known as ‘baras’ filled with chickpeas, tamarind sauce, mango chutney, green chilli sauce and cucumber salsa with side of salad with sprinkle of pomegranate.

You could also try their Callaloo bake – a popular Caribbean vegetable seasoned with special fresh herbs and spices then sautéed with onions, peppers and garlic with coconut oil. It’s then layered in a clay pot, topped with mashed sweet potato, cooked in a barbecue oven and served with plantain.

Sandy Fish Bar has a whole separate section dedicated entirely to vegan food, and some people say they think you’re unlikely to find a more vegan-friendly chip shop anywhere in the country.

The Veggie Corner has its own fryers keeping it separate from everything else and offers everything from vegan pies, burgers, kebabs, pizzas and even vegan battered ‘fish’. They also do vegetarian pizzas and other veggie dishes so if you’re looking for a vegan fish and chip shop in Coventry, this is the place for you. 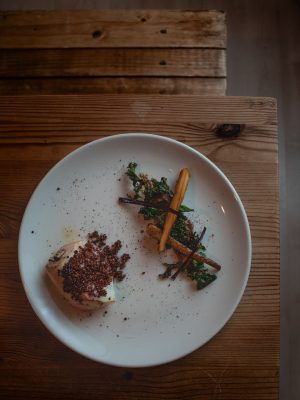 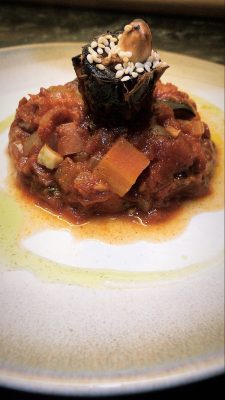 If you’re looking for something a bit more refined for a Veganuary treat or Veganuary date night in Coventry, try one of the ‘ESC at Home’ boxes from Earlsdon Supper Club. There are entire vegan box options as part of the offering and they also offer wine pairings on request from AP Harvey wines. The boxes are available for collection from Earlsdon or delivery to your door. Delivery is usually between 4.30pm & 7.30pm and you’ll get notified with a slot on the day.

Located in the heart of historic Coventry down Hay Lane, Playwrights is known for serving up great food and drink and Veganuary is no exception. The independent restaurant is currently doing Friday night delivery as well as Sunday roast deliveries and you’ll be pleased to know there are plenty of vegan options for Veganuary.

If you’re after a vegan Sunday roast in Coventry, Playwrights have you covered too. They’re doing roast dinners to your door, with free delivery available within Coventry between 12 noon and 6pm on Sundays. There are plenty of vegan options, including starters, as well as roast dinners and sides and vegan options for pudding.

If you’re looking for vegan treats in Coventry, Brownie Box by Emily can help you out. Emily recently took up residence at FarGo Village and is open for takeaway. She does vegan options like Vegan Millionaire’s Shortbread Brownies which look perfect for a Veganuary treat. Brownie Box by Emily offers collection and delivery options.