14/48 Festival is almost here, We catch up with Festival Coordinator Amy Christer 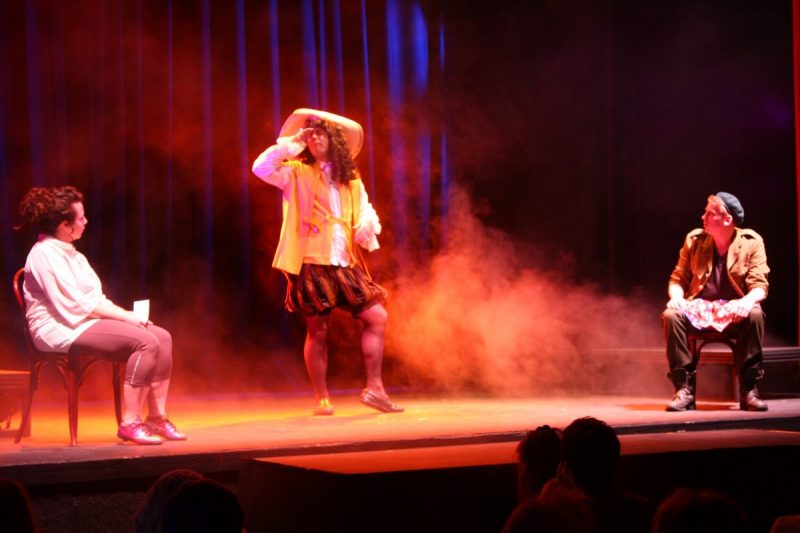 With the upcoming and ever popular 14/48 Festival on 5th and 6th May at The Y Theatre, we got in touch with Festival Producer, Amy Christer, to find out where the festival grew from and what people love about it!

Why was the festival set up in the first place?

The festival was set up in Seattle back in 97 to enable artists who often knew each other well from constantly bumping into each other at auditions etc, to work together and not be in competition with each other.

I acted in the festival in 2005 when it came to Britain for the first time, in Wolverhampton. I believed it was something the arts community of Leicester would benefit from and in 2013 I was given the opportunity to bring it to The Y. Since then the hunger for the festival has grown and we currently run the festival twice a year in Leicester, alongside various special versions of the festival including a comedy version and a children’s version.

How long has the festival been running for?

It was founded in 1997 in Seattle and has been running in Leicester since May 2013.

Why do you think people are so drawn to 14/48 Festival?

For the participants I think it provides a new level of challenge due to the speed of the festival and the random nature of the casting, as well as an opportunity to work alongside new people and build their contacts.

It’s also just a really good fun weekend in which they can enjoy their craft with no agenda attached to it. For the audience they aren’t buying into a finished product because they have no idea what that product will be. They are buying into the idea of the process, seeing what can be achieved in a short space of time, and seeing what can go wrong!

There is also a great atmosphere in the room. So many audience members have commented to me in the past that they don’t like theatre but they like 14/48. 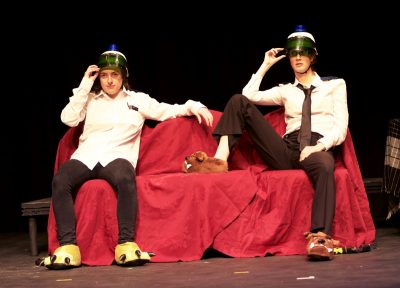 What level of work goes into the preparation for a festival like this before the actual content that is made over the 48 hours?

It’s probably no surprise that getting 70 artists into a room, for a whole weekend, with a decent idea of what they are all supposed to be doing is quite an undertaking. With each festival the process gets easier, but there is also the beauty that if something goes wrong during the weekend there is a room full of creative brains at our disposal to help us problem solve.

All of the participants feel a great ownership of the festival and generally they will do anything they can to make sure we pull it off. We also benefit from the fact that the 14/48 Projects in Seattle have been doing this for 20 years. There’s usually not a problem they haven’t come across so we take their advice and don’t deviate from the structure they ask us to work within.

Do you find that the artists and writers work better under the pressure of the deadline?

I think we certainly see a lot of work that would never have made it to the stage without that pressure, because the artists would have talked themselves out of it. In this process they don’t have time, and that often makes the plays fascinating to watch.

A lot of participants feedback that they have accomplished things in 14/48 that they never knew they were capable of and it has a positive impact on what they believe they can achieve in future work.

What would you say is the most important element of the festival?

The community of artists and audience members. 14/48 is nothing without them. A lot of them say that the festival feels like coming home, and I think that really comes across to anyone who witnesses it.

It’s difficult to describe but if you come and see it I think you’ll know what I mean.

Finally, if you had an unlimited budget and no restrictions, what would you do with the festival?

Hello, are you offering?! More opportunities to fly people to and from different festivals. More festivals across the country. The ability to promote the festival far and wide. And a nice pot of money to support the development of work, talent and relationships created at 14/48. But actually my first port of call would probably be to ask our huge pool of veterans what they want most.

The festival takes place on 5th and 6th May at The Y Theatre, more details about 14/48 can be found here: https://1448leicesterfest.wordpress.com/